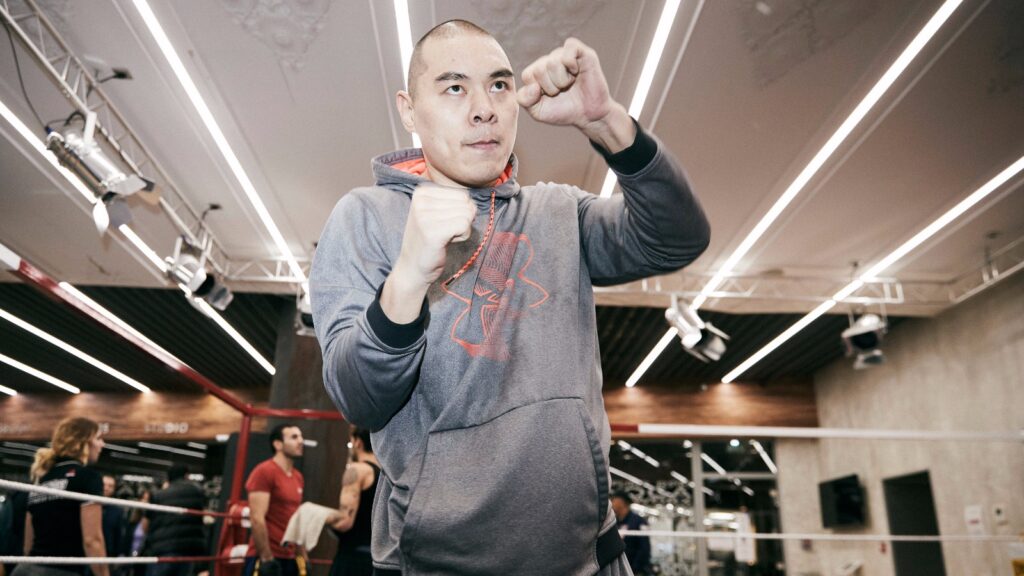 Chinese Heavyweight star Zhilei Zhang has promised to return from his 14 month absence from the ring with a “bang” when he takes on Andriy Rudenko in a ten round contest at the Casino de Monte-Carlo on Saturday November 30, live on Sky Sports in the UK and DAZN in the US.

‘Big Bang’ had been previously touted to fight in Monaco but a visa issue prevented him from tackling Alexander Ustinov here in November last year. American Michael Hunter stepped in to replace Zhang and stopped Ustinov to announce himself on the Heavyweight scene, subsequently beating Fabio Maldonado and Sergey Kuzmin and will face former World title challenger Alexander Povetkin next weekend in Saudi Arabia on the undercard of the blockbuster rematch between Andy Ruiz and Anthony Joshua.

This time it is Zhang that has a replacement fight to contend with. He was meant to face Kuzmin this weekend, but now meets teak tough Ukrainian Rudenko (32-6, 20 KOs). The 36-year-old has taken big punchers like Povetkin, Agit Kabayel, Hughie Fury and Lucas Browne the distance – but Zhang is not worried about the change of opponent and is planning to return with a bang.

“This is my time – I’m thrilled to be fighting in Monaco on this Matchroom Boxing card,” said Zhang. “It has always been a dream of mine to chase greatness and make the world aware that the Chinese Heavyweight is coming to do damage. I have been preparing and training hard for whoever they put in front of me. The Heavyweight division is wide open now and I’m here to make my presence known.

“The replacement opponent doesn’t make any difference to me. I have prepared for every style in training camp and I have been training extra hard putting a lot of work in. Rudenko has a good record. It might be a tough fight. I hope we both can deliver an exciting fight.

“I’m not worrying about ring rust at all. I’m prepared anytime and I love boxing. It kept me going. Winning this fight will mark as a turning point. Being on Sky Sports and DAZN is a privilege. I’ll make the world see ‘Big Bang’ is coming.”

The world will stop next weekend when Ruiz and Joshua clash once again in the Middle East, with the consequences of repeat or revenge unknown until they happen. With WBC king Deontay Wilder destroying Luis Ortiz in Las Vegas last weekend and set to rematch Tyson Fury early in 2020, contenders will be circling to land their own shot. Zhang cannot pick a winner for next weekend’s bout, but believes that the fight taking place in Saudi Arabia could be the catalyst for him to take elite level Heavyweight boxing to his home country.

“I see both Ruiz and Joshua as true champions,” said Zhang. “Both of them need to pay attention to details because in this division it takes only one punch, just like Wilder-Ortiz. It’s hard to predict but I wish the best of luck to them.

“Chinese fans are starting to follow professional boxing a lot, plus China has great atmosphere for boxing. I’m the only Heavyweight people want to follow in China. I have a lot of fans from China asking me when my fight will be and what my training looks like. People want to know about me. This is one of my biggest motivations.”

Zhang vs. Rudenko is part of a big night of boxing in Monte-Carlo.