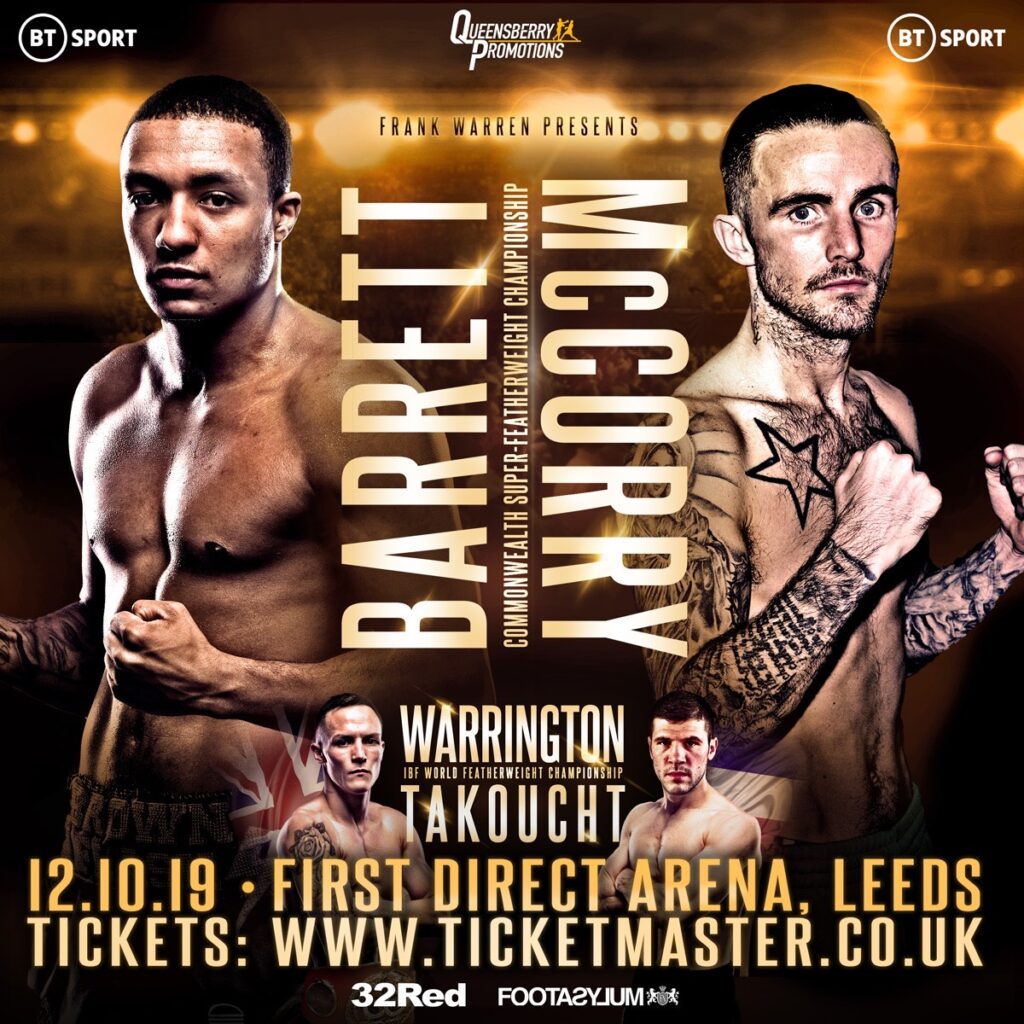 ZELFA BARRETT is determined to prove he is the top boy among Frank Warren’s talent stacked super-featherweight club.

The Mancunian wants to sock it to stablemates British champion Sam Bowen and WBO European title holder Archie Sharp next week without punching either rival.

Scot McCorry stepped in at short notice and took Bowen nine rounds in March and four months later he pushed Sharp all the way before losing on points after ten exciting rounds.

Barrett who beat another stablemate, Lyon Woodstock to become Commonwealth title holder in June said: “I’m competitive and I would love to get him out of there quicker than Bowen and look better than Archie did.”

A series of fights involving Barrett, Bowen and Sharp would create big interest over the next 12 months and all three are keen to be the last man standing.

Barrett, 26, would love to get his hands on Bowen first warning: “I would be like Sugar Ray Leonard.

“I don’t underestimate him and I think that Sam is a good fighter, but I have been watching him and I would shine in that fight.

“Everyone goes on about how strong and relentless he is. Let’s see how relentless he is when he keeps getting hit by jabs. I have got the power, speed and timing to knock him out.”

McCorry has been sparring with Sharp ahead of his big assignment against Barrett on the bill topped by Josh Warrington’s IBF featherweight title defence against Sofiane Takoucht.

His choice of sparring partner had baffled Barrett, who added: “I laughed when I heard they would be sparring. That will not help him against me.

Before Barrett can tackle his biggest domestic rivals and hopefully move on to world level, he knows McCorry poses a formidable challenge given his great efforts against Bowen and Sharp.

“Jordan is tough, durable and most probably thinks this is his last opportunity so he will be there to win. He will be game and try to beat me,” says Barrett.

“I know he will try and outdo me, believes in himself and has had plenty of notice. He will be in it for every minute of every round.”

The big night of action in Leeds is headed by local hero Josh Warrington (29-0, 6KOs) who makes the third defence of his IBF featherweight championship against France’s Sofiane Takoucht (35-3-1, 13 KOs). Zelfa Barrett (22-1,13KOs) will make the first defence of his Commonwealth super-featherweight title against exciting Scot Jordan McCorry (18-6-1, 4KOs). In a third title clash Manchester’s Lyndon Arthur (15-0, 12KOs) faces Ghanaian Emmanuel Anim (14-2-1, 12KOs) for the vacant Commonwealth light-heavyweight crown , in a battle of the big hitters.