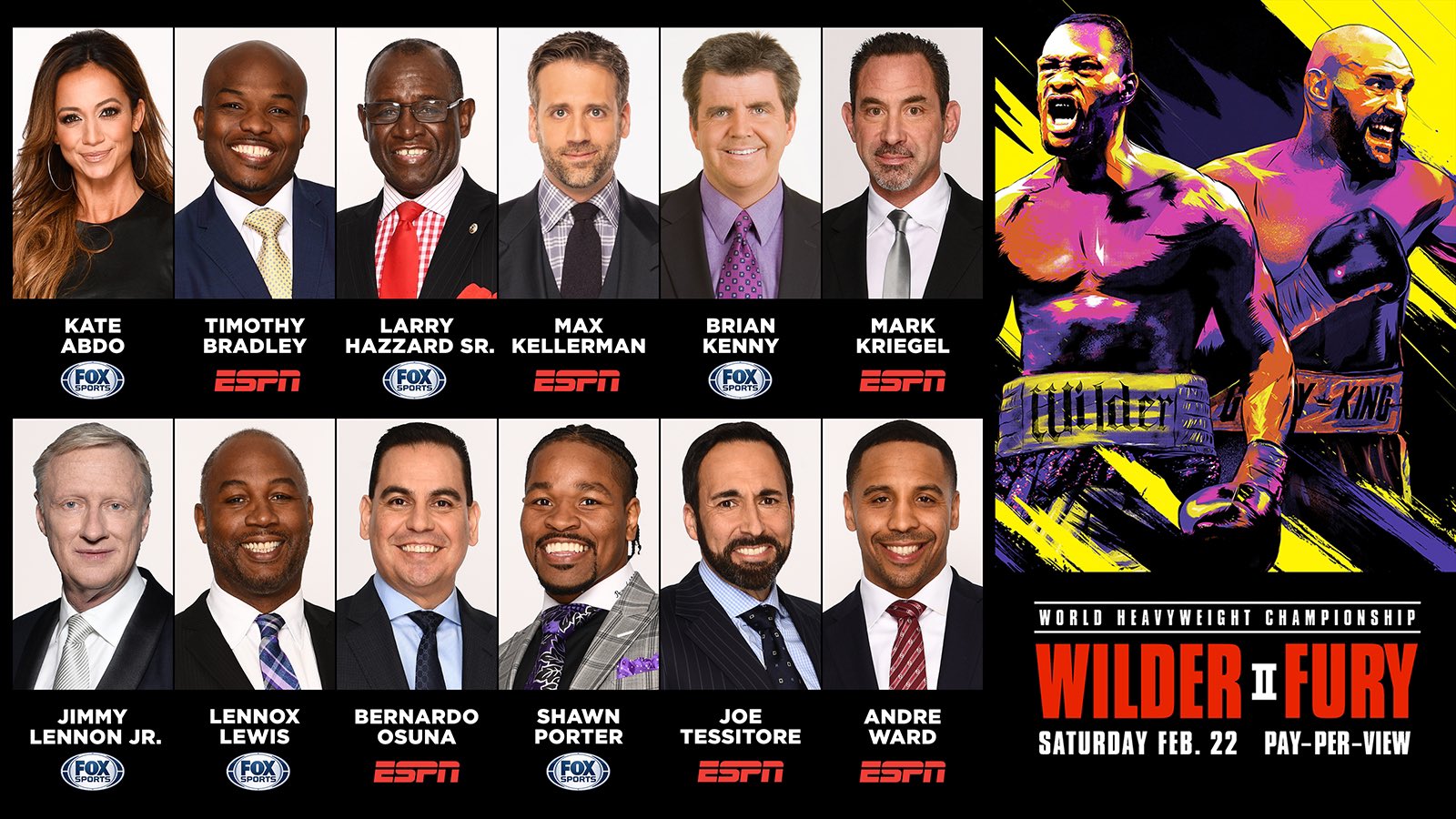 ESPN and FOX Sports’ presentation of Wilder vs. Fury II will feature unique production upgrades to bring fans closer to the ring and deliver views that enhance their experience. The production will include 35 cameras — unprecedented for an ESPN boxing production — seven super-slow-motion and six robotic cameras, a 4D camera system that allows 360 degree replays, a mini FlyCam, a JITA camera for unique shots, as well as bumper corner cameras.