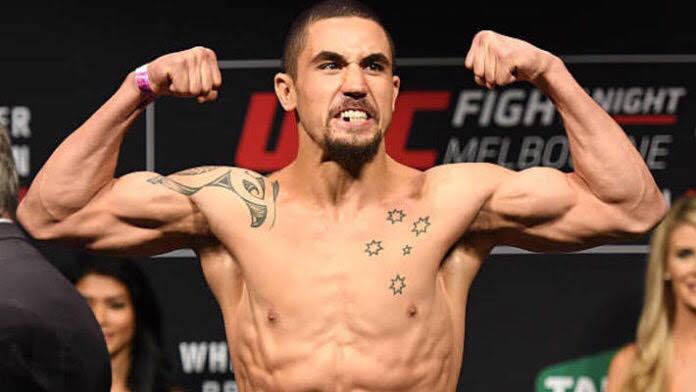 Former UFC middleweight champ Robert Whittaker, has withdrawn from his return bout after losing his UFC title to Israel Adesanya at UFC 243.

Whittaker was due to return to the Octagon at UFC 248 against Jarrod Cannonier, but has withdrawn from the bout due to personal reasons. This is the third withdrawal for Whittaker in as many was as Whittaker withdrew from UFC 221 in Perth in 2018 and 234 in Melbourne last year.

Whittaker released a statement regarding his withdrawal.

‘Apologies to all my friends and supporters but unfortunately I won’t be competing on the UFC 248 fight card,” he said.

There are a few other things going on in my life that I need to give priority to and sort out, so I have had to change my plans.

But I’ll be back soon, bigger and better than ever.”

“That’s personal for Whittaker – if Whittaker wants to talk about that, he can – but I’ll tell you this, when you talk about somebody whose priorities are in the right place, who is completely selfless, and down to the core a good human being, that’s Robert Whittaker,”

“I have a lot of respect for him and good luck to him and what he’s dealing with right now.
“I can’t put into words and articulate how I feel about Robert Whittaker. He’s the real deal.”

White couldn’t put a time frame on Whittaker’s return, saying it was up to the 29-year-old to make a decision.

“He’s dealing with some personal issues and what he’s doing and how he’s handling it, I have so much respect for him,” White said.

All is not lost for UFC, the Mainevent will still feature Israel Adesanya in his first title defence of his middleweight title against Cuban Yoel Romero.

This will be Romero’s second attempt at the middleweight title, but the last time he attempted against Whittaker,  Romero missed the 185 lbs wait limit and therefore missed out on the title opportunity.

The second fight between Whittaker and Romero was easily the fight of the year for 2018 and this battle against the ‘ Last Stylebender’ in Adesanya should be no different.