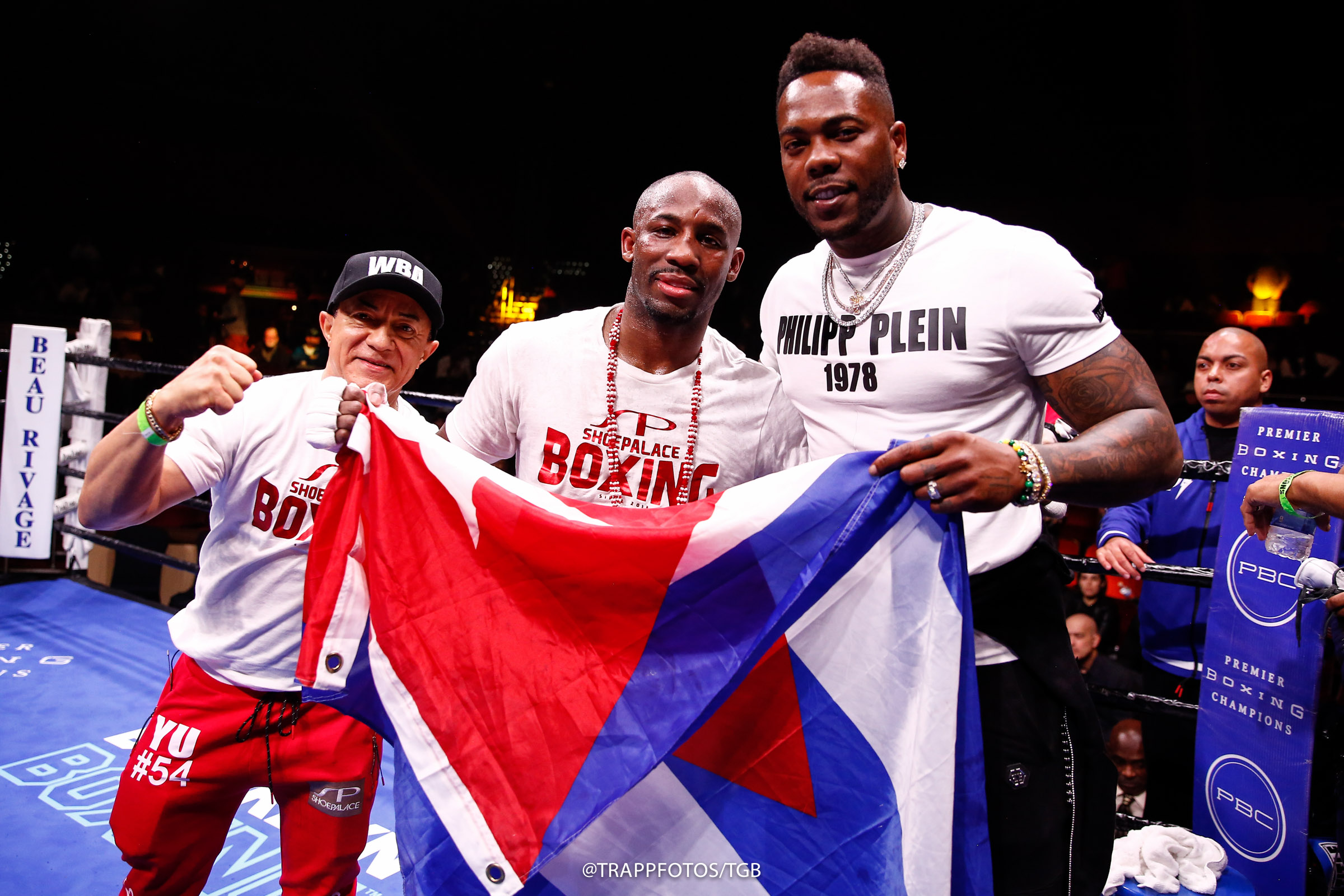 Ugas’ sharp defense allowed him to limit Dallas Jr. to an average of just seven landed punches per round. Ugas was also impressive on offense, connecting on 52 percent of his power punches (106/203).

The end came at the 3:00 mark of the seventh round when Dallas Jr.’s corner made the decision to stop the fight.

“I’m not overly excited about my performance, but the most important thing was to get the victory and take a step closer to getting the title shot,” said Ugas.

“The game plan was to come forward, come strong,” Ugas continued. “I always work the body strong and want to push the action and that’s what I did tonight.

“The main goal now is to keep winning and fight for a title. I’m ready for all of the top welterweights.”

Dallas Jr.'s corner throws in the towel at the end of Round 7 and @YordenisUgas wins it by stoppage. #UgasDallas pic.twitter.com/rHtAvJ2ukj

Unbeaten top prospect Michel Rivera (18-0, 12 KOs) defeated veteran contender Fidel Maldonado Jr. (27-5-1, 20 KOs) by technical knockout in a lightweight co-main event attraction. Representing Santo Domingo, Dominican Republic, Rivera scored a knockdown of the Albuquerque, New Mexico native Maldonado Jr. in the 10th round. Maldonado Jr. got up and continued, but Rivera quickly overwhelmed him with a barrage of punches and the referee intervened to stop the bout at the 1:40 mark of the final frame.

“I feel very good,” said Rivera. “They matched me against a boxer with a lot of experience. So, I feel happy with my performance.

“I was ready to fight all the rounds, not just looking for the knockout,” added Rivera. “My corner was telling me wait, relax, take your time because he’s an intelligent boxer. I did what they were telling me and I got him out of there in the last round.”

Hard-hitting prospect Raymond Guajardo (5-1, 4 KOs) suffered the first loss of his pro career as Clay Collard (6-2-3, 2 KOs) was able to stop Guajardo by technical knockout in the second stanza of their super welterweight scrap. Collard, fighting out of Cache Valley, Utah, inflicted damage first, scoring two knockdowns in the opening round.Guajardo then knocked down a slightly careless Collard toward the close of the first round.

In the second round, Collard was able to finish Guajardo, pummeling Guajardo against the ropes until the referee stepped in to halt the contest at the 1:42 mark of round two.

“It was a war,” said Collard. “That’s what fighting is. I love it. It’s awesome.

“I thought (Guajardo) was going to use his length and pick and move, but he came out gunning, and that’s how I like to fight. I like to bang.

“I think I caught him with a good left hook the first time when I dropped him, and the rest is history,” continued Collard. “I knew I hurt him, and I’ve hurt people before and jumped on them really quick, and that’s why he dropped me was because the second time I knocked him down I got too excited and I went in and got caught. So, I have to be more patient.

“I need to learn how to be more defensive, pick my shots and land them, but it was a great win for me tonight,” concluded Collard.

Click HERE and HERE to watch highlights of Guajardo vs. Collard.

“It was a beautiful experience, especially fighting a veteran with over 30 fights, my first eight-rounder as well, and overall I learned a lot,” said Juarez. “There are levels to this, and I have a lot of work left to do, but I look forward to watching the film and correcting all of my mistakes.”

Click HERE to watch highlights of Juarez vs. Martinez.

The event was promoted by TGB Promotions.