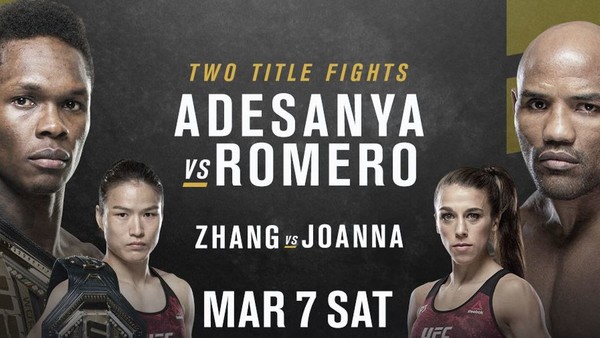 One of the most entertaining fighters in the UFC Israel Adsanya 18-0-0  takes on another fighter who has been in his fair share of Fights of the Night contenders Yoel Romero 13-4-0, but at the ripe old age of forty two years old and coming off the back of three losses in his last four fights which span back to 2017, the big question isn’t if this is the toughest fight for Israel but is Romero finally coming to the end of his time within the UFC. Yes Yoel is a tough fighter and he certainly looks the part but has inactivity and father time finally catching up with him?

Although Romero has lost three times they have all been by decision and he has still had some serious moments in those fights which shows his toughness and he still has the power and speed to hurt opponents but a loss here will see him drop further down the rankings, and his chance for the big fights might just slip away. Israel is a different type of fighter to what Romero has faced before as his style is very loose with his hands down low, and he uses his speed to evade punches and kicks while his striking ability makes him one of the most feared Champions in the UFC.

The number six pound for pound fighter is getting better and better with each fight and he is one of the fighters making a real name for himself and at times it feels like the UFC is lacking stars but Israel is the real deal.

On the under card Joanna Jedzejczyk has come back up to Straw-weight to try and get her career back on track, but she faces the champion Weili Zhang who tasted defeat in her first ever fight but since then has won 20 fights in a row. 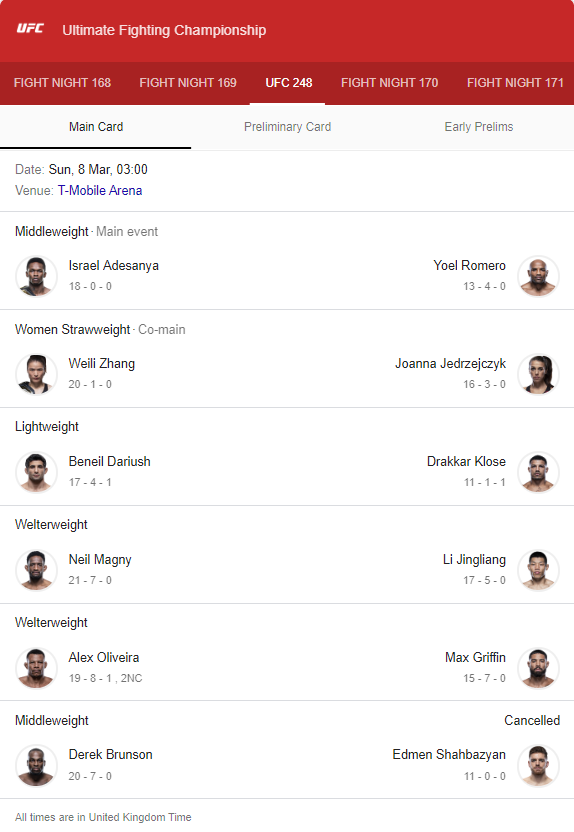