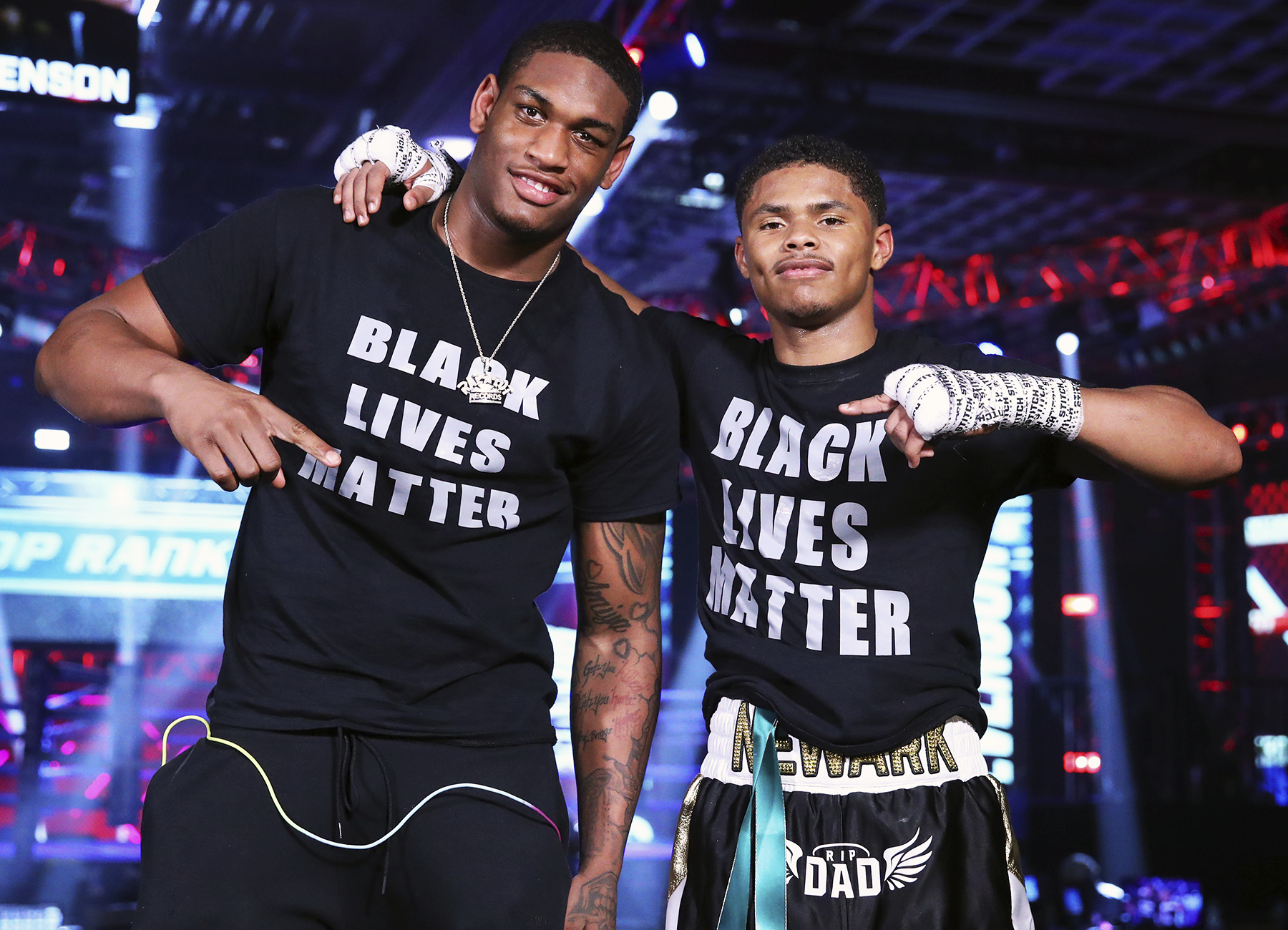 Boxing is back, and Shakur Stevenson put on a show. The WBO featherweight world champion, who was making his super featherweight debut, knocked out Puerto Rican contender Felix “La Sombra” Caraballo in the sixth round of a scheduled 10-rounder at MGM Grand Conference Center—Grand Ballroom in Las Vegas.

Stevenson showcased his talents in the first major boxing card in the United States since the COVID-19 pandemic began.

“Everything about this fight week was different. After my last fight was canceled, I was happy to showcase my skills for all of the boxing fans,” Stevenson said. “He hit me with a couple shots, more than I’m used to, a couple jabs here and there. He was a tough guy, but I felt great in there after my training camp in Houston.”

Said Top Rank chairman Bob Arum: “What a magnificent performance by Shakur Stevenson. He keeps on getting better, and rest assured, he is a future pound-for-pound superstar.”

— Heavyweight sensation Jared “The Real Big Baby” Anderson (4-0, 4 KOs) wore down Johnnie Langston (8-3, 3 KOs) before a furious barrage ended things at 1:55 of the third round. Anderson was extended past the first round for the first time in his career.

“He took some good shots. He was a tough opponent. I did what I wanted to. I did some stuff I didn’t want to do. I got caught with a good shot. It didn’t hurt me, but I definitely got caught with it,” Anderson said. “I know a different opponent could hurt me with a shot like that. We’ll go back to the drawing board and see what I did wrong.

“This wasn’t what I expected, but it was a great experience. I’m happy I got the opportunity to showcase my talents on ESPN at such a young age.”

—Guido “The Gladiator” Vianello (7-0, 7 KOs) knocked out Don Haynesworth (16-4-1, 14 KOs) in the opening round, the fourth first-round stoppage of Vianello’s young career. A right hand knocked Haynesworth down, and referee Jay Nady stopped the bout.

“It was an interesting experience. I spent three days relaxing in my hotel room, but everything went according to plan,” Vianello said. “I knew the right hand would be there, so I worked to set up that shot. I could not have asked for anything more.”

— Two-time Cuban Olympic gold medalist Robeisy Ramirez (3-1, 3 KOs) notched his third consecutive win, knocking out Yeuri Andujar (5-4, 3 KOs) in the opening round. Referee Tony Weeks called a halt to the contest after Andujar was knocked down for a second time.

“It was an honor to be the first fight back, and I am proud of the performance I gave tonight. My pro debut is long behind me, and I am progressing with every fight. I hope to return shortly,” Ramirez said. “I have a great trainer in Ismael Salas, who continues to add dimensions to my game. He is the man to lead me to a world title.”