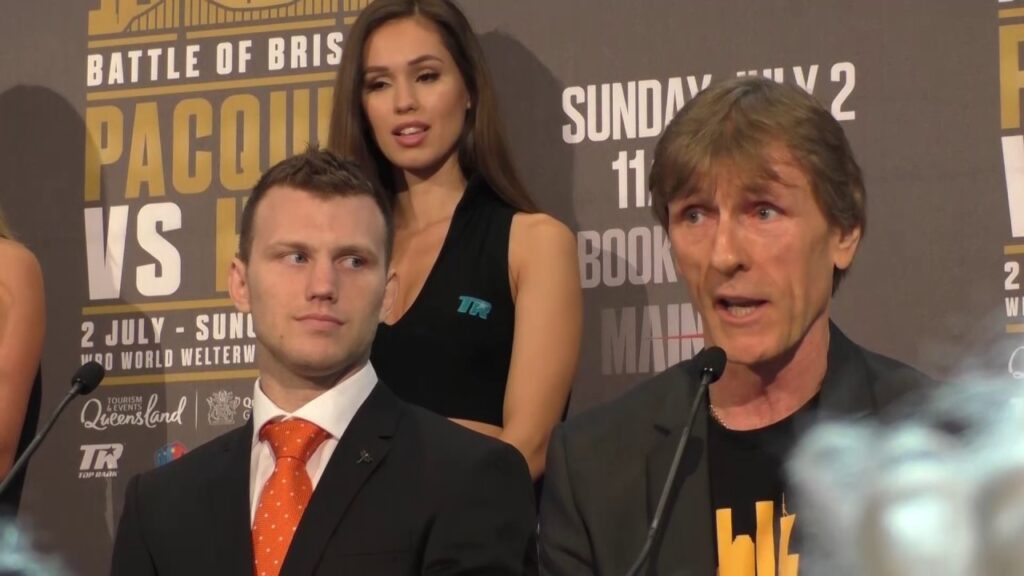 Speaking in a video interview with Fighthype.com in regards to Horn v Tszyu, Rushton said, “We are very close to an outcome, there has been back and forth haggling with the rematch clause but we are can do away with the clause”.

Ruston was then asked about the length of the bout, being twelve or ten rounds.

“Ten, it will be a ten round fight”. Ruston said.

” Jeff has said that if it’s twelve rounds it’s a 70/30 split and I don’t believe they (Tszyu camp) want to sacrifice a big part of their payday for another two rounds”.

Ruston was asked whether Horn v Tszyu would reach the same heights as Mundine v Horn.

Ruston went onto say that Horn v Tszyu was the older champ looking for a little redemption against the young upcoming fighter.

In my personal opinion I believe this fight is very similar to Mundine v Geale 1, the well known former champ up against the younger undefeated rising star.

“He is capable, the key thing is can he turn back time? preparation is key, it’s possible. But you have to remember he (Zerafa) is  a fitness fanatic, who runs phenomenal distances over phenomenal times.

“Can Anthony slow the fight down?”

“We seen the explosive power of Mundine against Browne”, “ Three years ago, Anthony wins the fight, but Zerafa is the ragging favourite”.

“He’s (Mundine) good enough if he is fit enough”.

“Personally I feel it’s a backwards step for Zerafa, it’s a money grab, but Zerafa has a family to provide for, so no judgement”.

“ If he believes in  himself and wants to pursue those world title fights with the riches that come with be a World Champion, then he should be fighting a top ten ranked fighter globally.”

Ruston closed the interview with the possibility of a Mundine win.

“If Mundine can beat Zerafa, given thier ages and their points in their careers it’s a massive upset”.

Overall Ruston looked favourably at the Mundine v Zerafa fight as it’s does take focus off a third bout between Horn and Zerafa (for now) and allows negotiations to finish on the Horn v Tszyu fight.

I’m prepared to be very critical if a Mundine v Zerafa fight does come to fruition, as the health of Anthony Mundine must come into consideration. Not only this the near twenty year age grab and the fact that Mundine has lost four of his five last fights, including a brutal beating at the hands of Charles Hatley in 2015. What Jeff Horn did to Mundine in 96 seconds should be enough evidence that Mundine v Zerafa should not take place.

Here’s the link to the Rushton interview.

In just the last couple of hours on Facebook, Jeff Horn announcemed that the two teams have reached an agreement. The official announcement is due in the next few days.