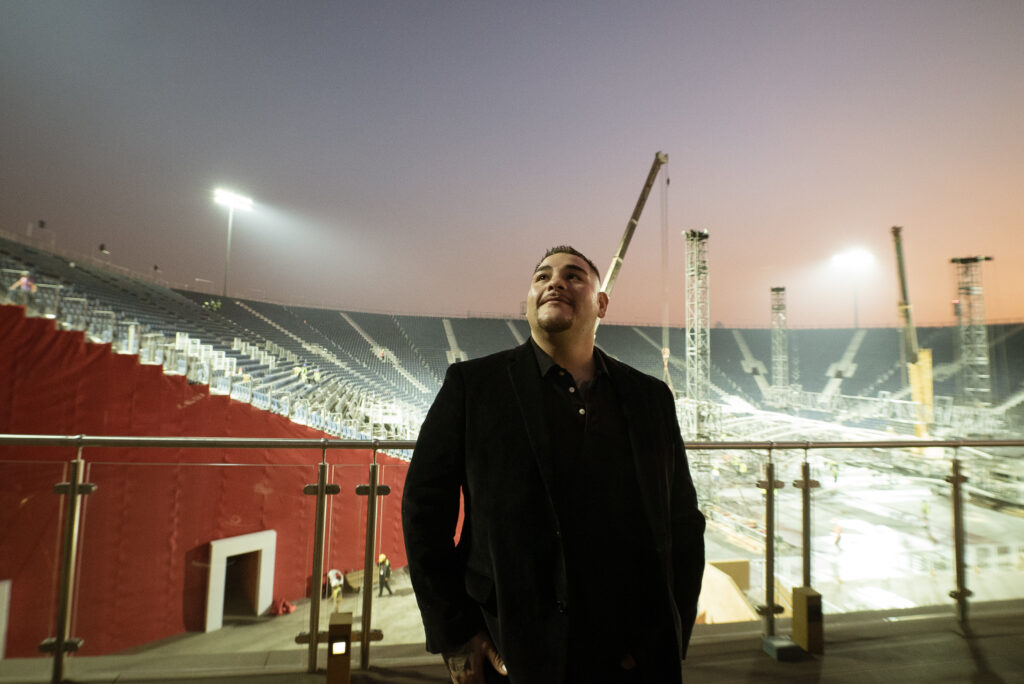 RUIZ: I’M GOING TO DO EVERYTHING THAT’S POSSIBLE TO WIN

Heavyweight World Champion Andy Ruiz Jr has been knocked out…by the iconic venue in Saudi Arabia where the Clash On The Dunes, his colossal rematch with Anthony Joshua, is set to take place.

The American-Mexican fighter – known as ‘The Destroyer’ – toured the custom-built Diriyah Arena in the heart of the UNESCO World Heritage site ahead of the epic bout on December 7.

The 15,000-seater stadium has been constructed in the ancient remains of Saudi Arabia’s first capital, a place fittingly known as the ‘home of kings and heroes’.

Touring the Diriyah Arena, Andy Ruiz said: “It’s amazing man, it’s crazy how they built everything in a month and a half. It’s amazing to be fighting over here, it’s going to be really historic and I’m planning to make history over here.”

The World Champion first visited Diriyah for the official launch press conference in September, but since then 175 workers have created the arena in the 10,000 sq m site using 295 tonnes of steel.

Ruiz said: “It’s a lot different. When I first got here none of this was here so it’s unbelievable. All the workers and all the people who have put their efforts in, their designs in, this event and this arena is just something amazing.”

Ruiz arrived in the Kingdom early Monday morning to set up his training camp ahead of his rematch with Joshua, with the US boxer determined to keep hold of the WBO, WBA, IBF and IBO belts he snatched from the Briton when they faced off in New York earlier this year.

“Right now, we are meditating, we are preparing, we are getting sharper in the ring and training as well. We are visualising the fight and becoming victorious,” said Ruiz.

“To all my fans please come and support me, it’s going to be a huge fight, it’s the Clash On The Dunes. We are two big guys fighting each other looking to be the Heavyweight Champion of the World.

“They can expect to see someone who is not giving up and doing everything possible to win, God willing we are going to take this victory.”

Fans will approach the Diriyah Arena via the Diriyah Oasis, a huge sprawling entertainment hub which includes ice-skating outdoors, sky diving, jetski-ing and ziplining among a host of activities on offer. The Diriyah Oasis is split into the four zones – Nature, Imagination, Reflection, Excitement- giving families a place to come together, and at its heart lies an astonishing grand installation by world-renowned Italian artist, Edoardo Tresoldi.

The Clash On The Dunes forms part of the Diriyah Season, epic month of sports which kicked off with  Formula E at the weekend, the Diriyah Tennis Cup featuring eight of the best men’s players on the planet, and the Diriyah Equestrian Festival, an elite competition with Tokyo Olympics 2020 qualifying points on the line.

Diriyah Season is an unmissable set of international sports and entertainment events, happening at the historic city of Diriyah, the birthplace of the Kingdom of Saudi Arabia. Sports fanatics, entertainment seekers, foodies and shoppers, are invited to a month of energy, excitement, elegance, and memorable moments as the world comes to Diriyah!

·       Diriyah E-Prix 2019: The thrilling electric race returns with a double-header race weekend – 2 Races on Friday and Saturday, November 22 & 23
·       A Historic Clash, known to the world as ‘Clash On The Dunes’ where Andy Ruiz Jr defends his title against Anthony Joshua for the World Heavyweight Championship
·       A Battle for Glory as 8 of the world’s top Tennis stars compete for the ‘Diriyah Tennis Cup’
·       Diriyah Equestrian Festival on December 12th, 13th, 14th, 19th, 20th and 21st , where contestants from all over the world will be one with their horses to qualify for TOKYO 2020

Tourist Visa Entry to the Kingdom of Saudi Arabia

Entry into the Kingdom of Saudi Arabia has changed for tourists visiting the country and the process is a simple online application.

Applications are often processed within a 48 hour period, with residents from 49 approved countries worldwide having their visas available through the fast track system. 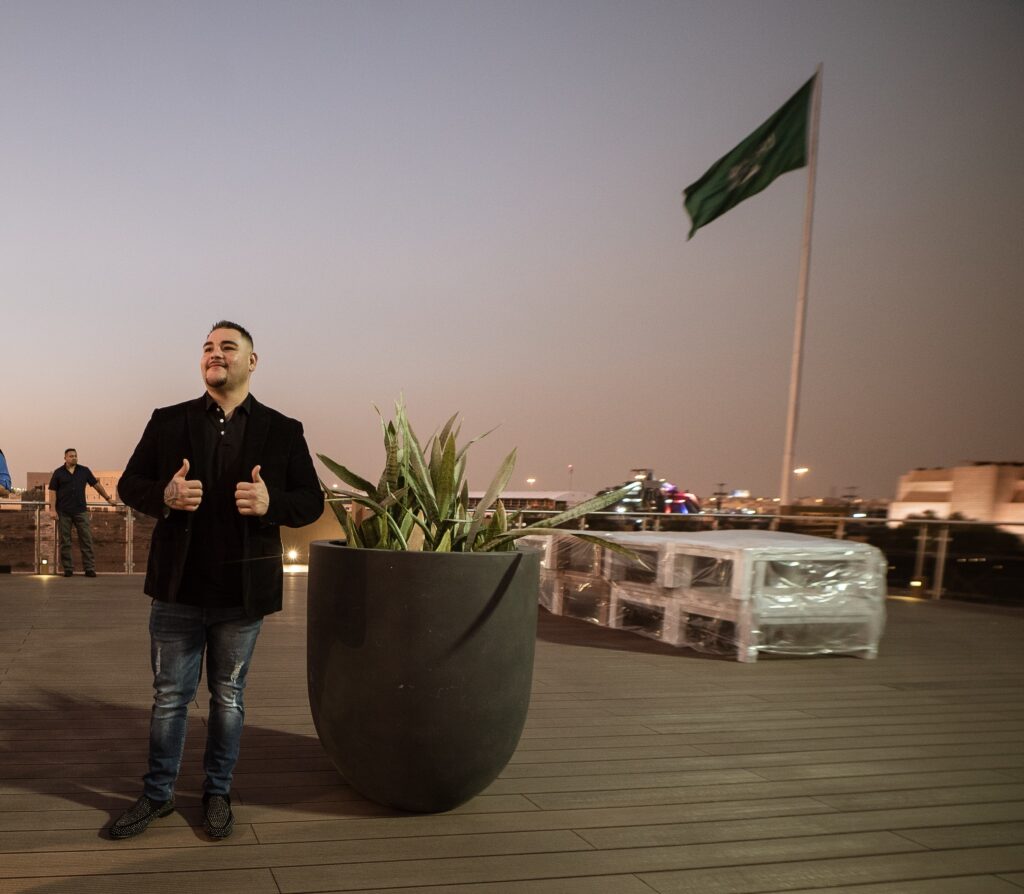