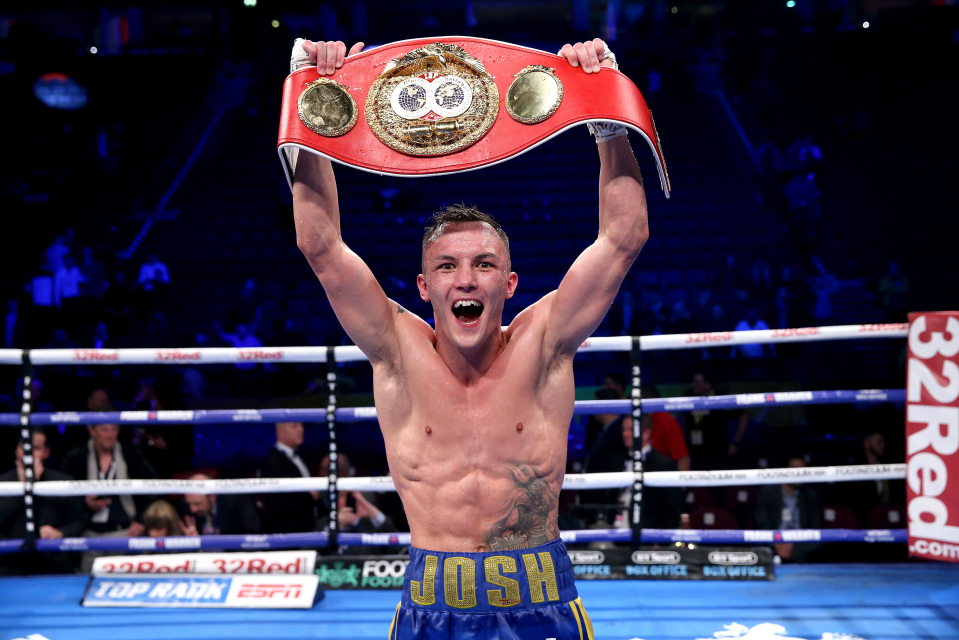 FRANK WARREN AND Queensberry Promotions can announce that the company has parted ways with IBF world featherweight champion Josh Warrington at the conclusion of his promotional agreement.

The now 30-0 man from Leeds joined forces with Queensberry in 2017 and was quickly steered into mandatory position for the world title showdown with Lee Selby that he long craved. This was delivered on a memorable night at Elland Road in May 2018 and Josh subsequently defended in a huge Box Office event against Carl Frampton in the December at Manchester Arena.

Home advantage for a mandatory defence against fellow Yorkshireman Kid Galahad was secured in June 2019, with his last fight being a voluntary defence against Sofiane Takoucht, which resulted in an emphatic second round victory.

“I am happy to say that we delivered for Josh on every level and helped him realise his goals in the sport,” said promoter Warren. “We all wish Josh every success for the future and will always remember the great nights we enjoyed in Leeds.”