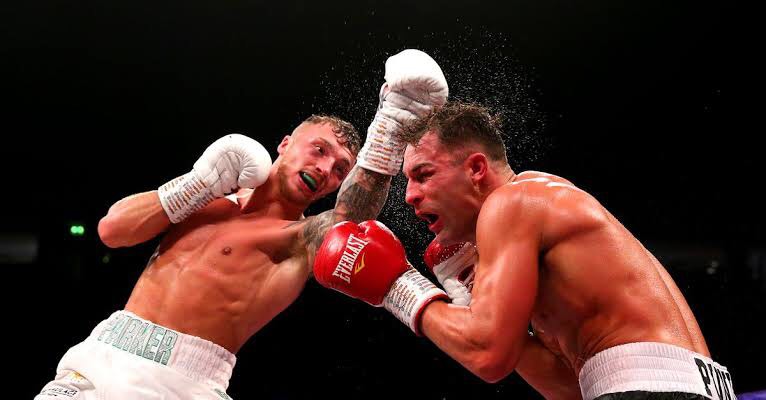 The fight appeared on the undercard to the Quigg v Carroll event, held at the Manchester Arena, Manchester in England.

In the fight Murdock was into control landing the cleaner punches and applying  the pressure to Parker. Parker who looked a little overwhelmed in the fight as he had bruises and cuts to his eyes, never lost his composure in the fight, landed a left hook to Murdock’s face to knockdown Murdock in the closing stages of the eleventh round. Although Murdock made it to his feet, the referee checked Murdock and waved off the fight believing that he was unable to continue. No protest came from Murdock’s corner in regards to the stoppage.

Despite having more than a year absence from the ring, with Murdock not fighting since December 2018, this inactivity period was not a factor in the fight. Murdock was a little too cocky in the ring and didn’t give his opponent the respect he deserved with carrying his lands low and being a little to flamboyant in the ring.

This caused Murdock to allow Parker to take control of the fight in the eleventh and obtain the TKO victory.

Murdock now will drop back down the ratings of the WBO, while Parker cements his spot as the mandatory challenger to WBO Champ Saunders.

Saunders is due to fight WBA Super-Middleweight champ Saul ‘Canelo’ Alvarez in a  unification bout on May 2 at the T-Mobile Arena In Las Vegas.

Parker will become the mandatory challenger for the winner, pending there is no draw.

While Super-Flyweight World Champs Andrew Moloney (WBA) and Susie Ramadan (IBA) are celebrating thier victories and Liam Paro and Zac Dunn are awaiting thier title shots, Murdock is out of the world championship race for now.