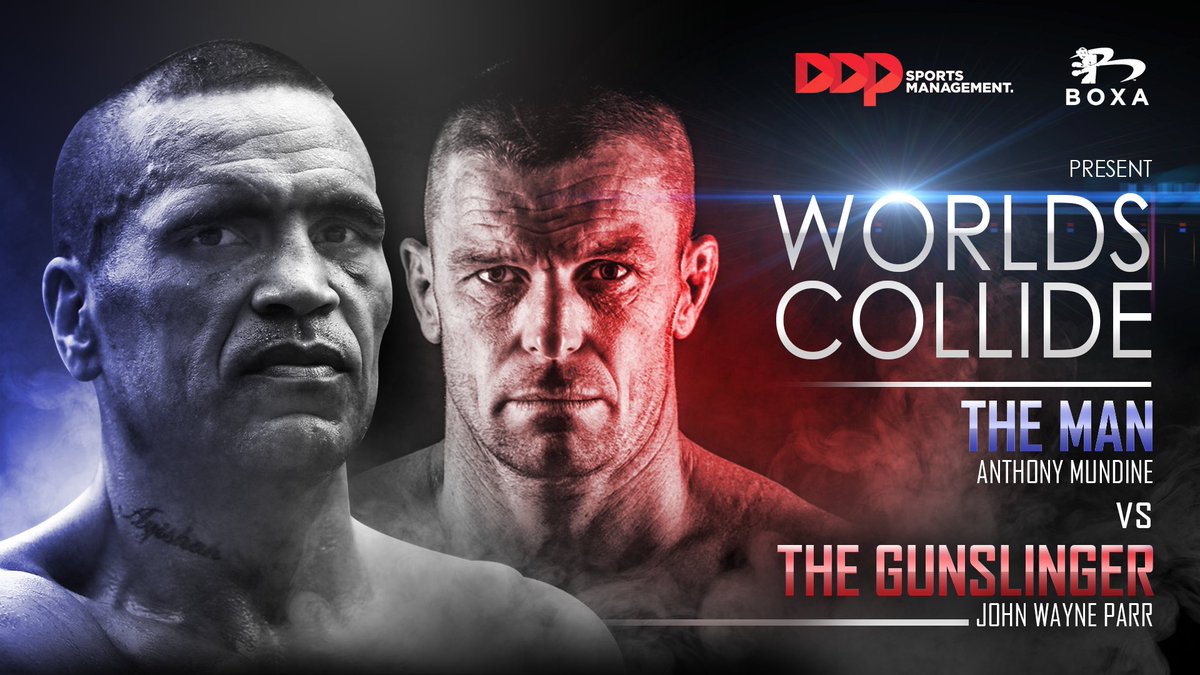 On November 30, at CBus Stadium, (home of the NRL team, The Gold Coast Titans)on the Gold Coast, Queensland, Mundine will once again step into the ring with Muay Thai specialists John Wayne Parr (10-3).

Although Parr has not had a boxing bout since 2003, a loss against former WBC and IBO Super-Middleweight world champ Sakio Bika, he has kept himself fit and busy with a Muay Thai kickboxing career. 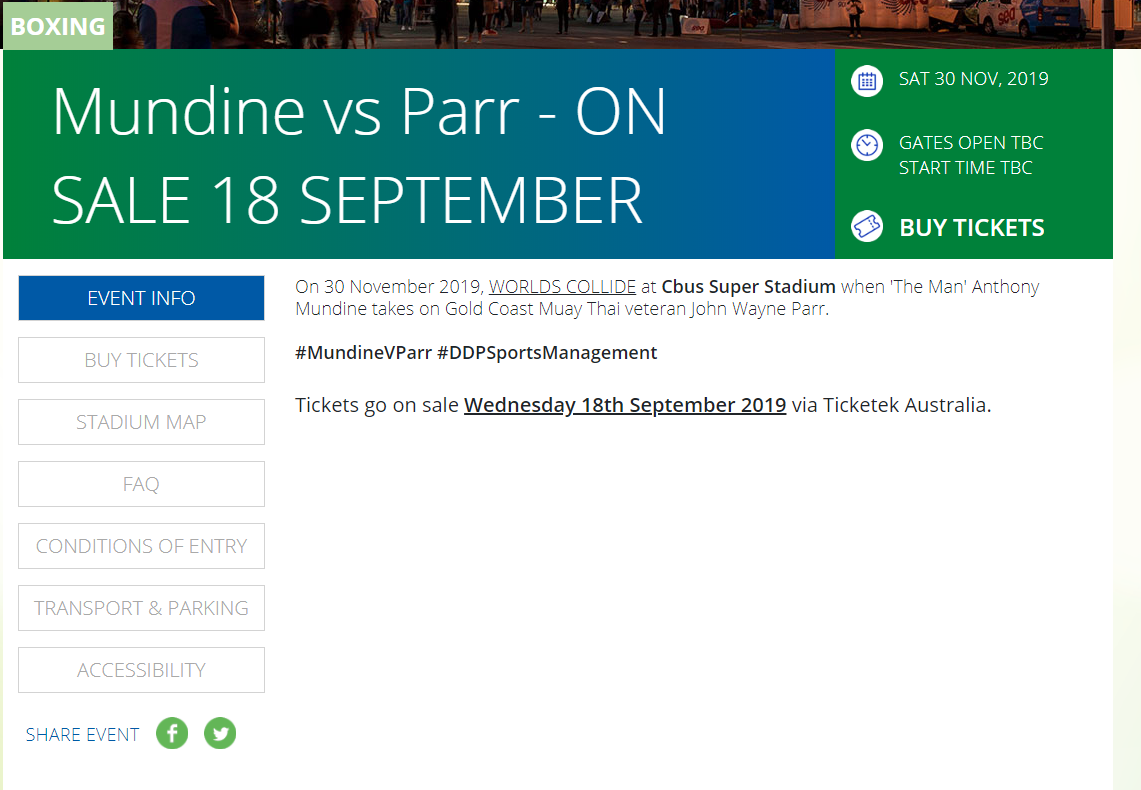 At a press release Mundine spoke how he didn’t want the loss to Horn be his ending.

“I didn’t want to hang them up on that note, you know what I mean?”

I’m too much of a fierce competitor, everyone knows if anyone beats me in something I want to get them straight back or sit there from dawn till dusk to beat them,” Mundine told AAP.

The fight will be exactly one year since Mundine’s last fight, his loss to Horn. This time Mundine will try to pack out CBus stadium, a 27400 seat Stadium in Robina on the Gold Coast, Australia’s party capital. Also an attempt to rebuild his career and possibly get that rematch with Horn. After Horn’s loss to Zerafa it’s possible.

Mundine commented on his opponent for the upcoming fight.

It’s been a while since he’s had a boxing fight but he’s in the stand-up game,” Mundine said.

“Muay Thai and kickboxing, you have to be handy with your hands nonetheless … it’s the art of fighting even if it’s not solely boxing.