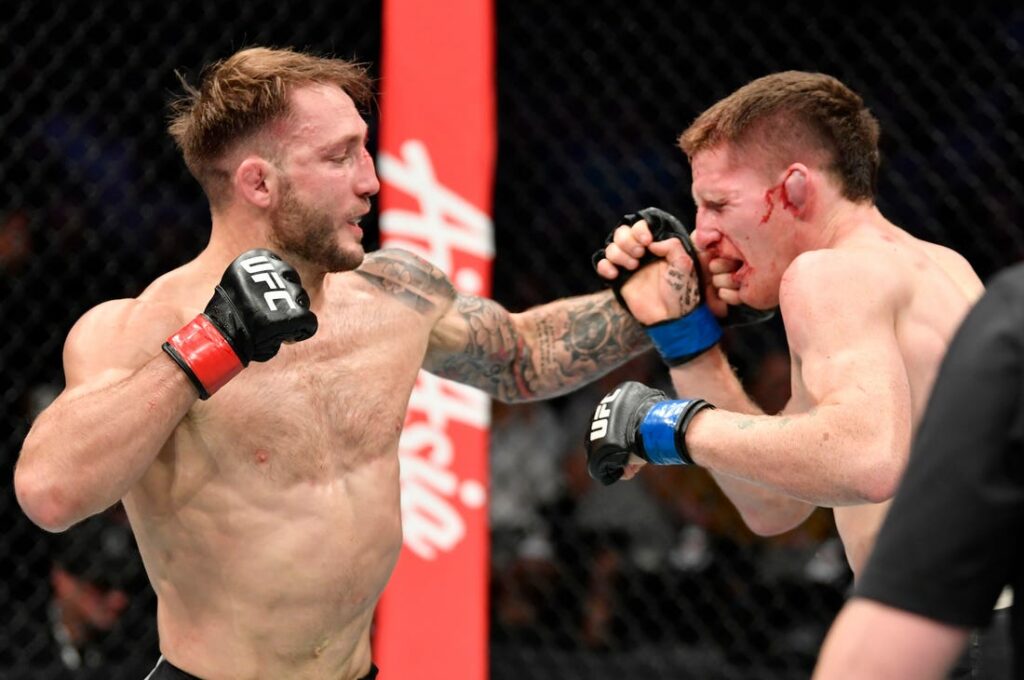 Fortune shone on the Kiwi (New Zealand) fighters in both Trans-Tasman battles (Australia v New Zealand) at UFC 243 in Melbourne on Sunday, October 6. For those of you asking what’s Trans-Tasman, its the body of water between Australia and New Zealand called the Tasman Sea.

Former Middleweight champ, Aussie Robert Whittaker lost his title and his five year undefeated streak to Kiwi Israel Adesanya, in a brutal second round TKO. In a excellent tic for tac battle full of hard shots and counter punches, both Whittaker and Adesanya landed hard shots, but it was Adesanya’s iron jaw and counter punching that lead to Whittaker being floored in the first round and then again in the second.

Adesanya has proven that he is the real deal with his an undefeated streak of 18-0 and victims on his resume including legend and long reigning champ Anderson Silva, who Adesanya defeated in February this year, again in Melbourne and interim champion Kelvin Gastelum. His five round battle with Gastelum in considered a contender for fight of the year. Now Adesanya is the undefeated, undisputed middleweight champ of the UFC.

In the other Trans-Tasman clash Kiwi fighter Brad Riddell took on Aussie Jamie Mullarkey. Riddell won the bout via an unanimous decision, the first two rounds were a advantage to Riddell, but third round will go down as one of the best rounds of the year as the pair stood and traded hooks and upper-cuts and took down each other.

The fight earned the fight of the night award. Fellow Kiwi Dan Hooker, made it three victories for the boys from the land of the long white fluffy cloud, with his unanimous decision victory over Al Iaquinta.