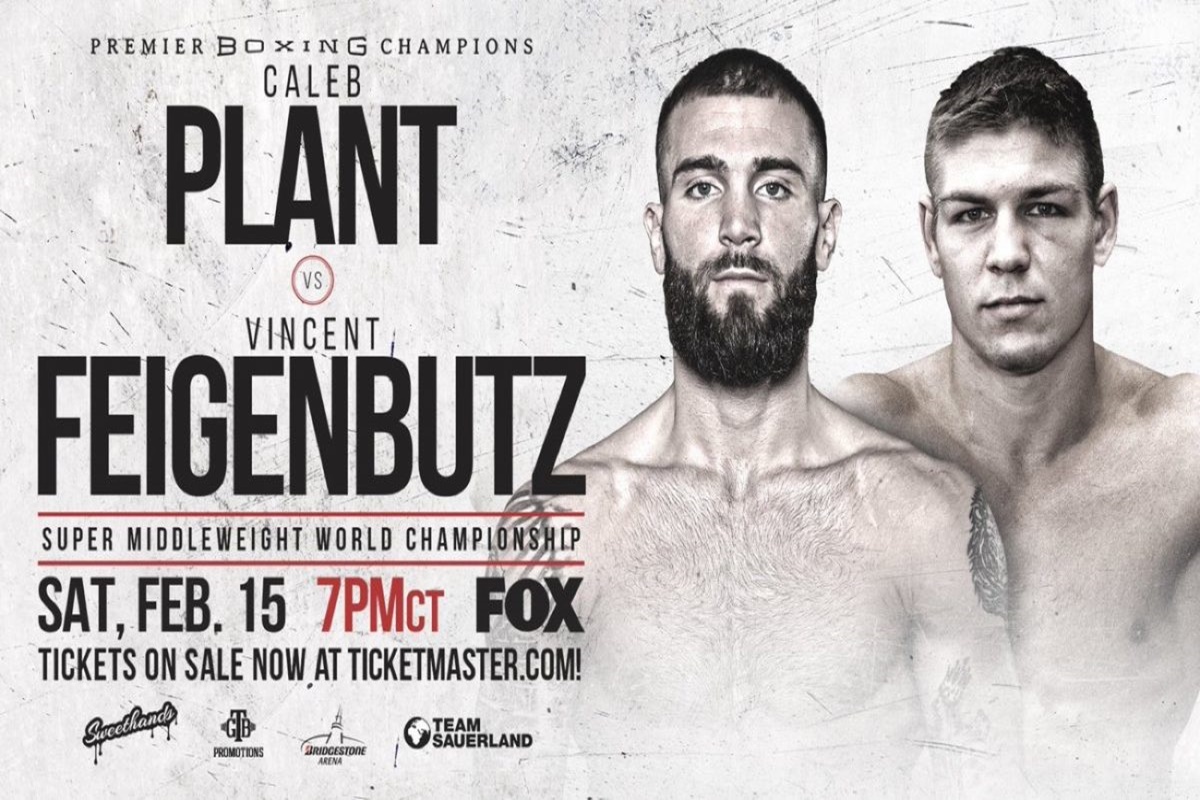 168 pounds has never been the sexiest division in America. Apart from Andre Ward, Super Middleweight has been a division that seems to have left the Yanks behind, whereas the Brits seem to have an uncanny knack for producing top talent even when we were in the boxing dark ages.

Eubank, Benn, Watson, Calzaghe, Froch, Groves, Degale and now Smith. Why Britain ever became so good at 12 stone I really don’t know, but now America does at least have a bit of talent on the scene with Caleb Plant, and of course David Benavidez waiting in the wings.

You have to remember that Plant was a decently sized underdog when he won the title last January against Uzcategui where he put on a bit of a clinic, and in truth he did do it it in that classic American style mould.

However, when I breakdown a fighter I always like to say “I see a bit of x fighter about him with a hint of y…” etc etc, and I’ll give you my thought process about what I saw in Plant when I watched the Uzcatagui fight.

“Looks, pretty slick…bends heavily at the waist…mixes up well to the head and to the body, with a nice jab from the crouched position”.

At this point I’m thinking “Broner, Frampton…” these kind of fighters… but then it hit me.

Despite looking absolutely nothing like him, and with fan bases that probably don’t know the other fighter even exists, I’d say that Plant fights pretty much punch to punch like Anthony Yarde.

Both fight with that shoulder roll guard, but rarely actually rolls the punches preferring to counter from long range. Both paw with the jab to set up stabbing right hands to the body or right hooks around the guard, both lunge in occasionally with the left hook, and both like to fight at a reasonably slow pace.

It’s about as good as a comparison as I’ve ever found, so much so that I’ve actually attached an old video I made on Anthony Yarde below, because so many of the tricks Yarde uses you’ll see Plant use.

In short, I was pretty impressed with Plant, I really like his heavy use of the jab. His ability to double jab to the head from that low position means that when you see him bending low you have to anticipate one of three options: a straight shot to the body, a jab to the head, or a sweeping left hook around the guard.

It’s worth saying however that despite primarily fighting on the outside Plant can mix it up on the inside if needed, his heavy use of head movement and good counter punching ability mean that he’s no James Toney, but he’s definitely no Wladamir Klitschko on the inside, and to my eye Plant has a pretty solid all round game.

Not say that he is without flaw.

A lot of the time with these slick American fighters, they tend to have plenty of success when they have the reach advantage, when they can tuck up and counter from range, they tend to struggle against that simple but solid jab from range style if the opponent has the reach advantage, so I’ll be interested in what Plant’s game plan would be if he were forced to come forward and close the range. Also, since he uses a reaction based defence, if you clip him, you clip him big, and Plant was hurt in that Uzcategui fight, so I’d say press the action and force him to work for the 12 rounds, because with that active defence he’s going to have to be breathing heavy to avoid all the shorts.

It’s not lost on me, that the fighter I described there is pretty much Callum Smith.

But this is the task of German fighter who I’ve never heard of before this fight Vincent Feigenbutz, who on first glance I was not impressed with at all to be honest.

There are only two fights on YouTube that I’ve seen and he doesn’t exactly look like a natural.

You know what I mean, his punches look kind of deliberate, he never quite looks composed, you’d never get a kid come up to you and say “I want to fight just like him”, and that may have something to do with his weight. Feigenbutz is very heavily muscled at 168 and could drop down at least one weight if he put his mind to it, and that excess muscle would definitely contribute to him having a bit of that clunky style.

But again, that is not to say that Feigenbutz has no chance in there, because when I did see his most recent fight I did start to look a little bit differently. Feigenbutz is not the smoothest but as a result he keeps things very simple. Jab, right hand, the occasional left hook to the body etc while keeping the hands up. Like Plant he operates form long range, but unlike Plant he does maul forward looking to land body shots from time to time, and while the shots aren’t exactly explosive, you do get the sense that Feigenbutz has heavy hands when he decides to sit down on his shots, I mean, 28 knockouts in 31 wins is impressive even if you are fighting road sweepers.

As for a prediction then I think it’ll be a bit of a scrappy affair to be honest. You’ll most likely see Plant standing his ground but slowly retreating and trying to counter, while Feigenbutz tries to close the range and land body shots, I’m thinking a fair bit of clinching here.

You should see Plant get the best of it at pretty much whatever range, with both the head movement and greater variation of the American enough to get pretty much all of the rounds in a slow paced affair. If I were in Feigenbutz’s corner I’d tell him to throw that jab as much as you can and make Plant work, even if you do lose the early rounds.

But I think that even if he does get inside, because Plant has that countering ability up close as well as a bit of pop in that left hook I’m thinking stoppage round 9 for Plant, in a fight that Plant will win every round and look a class above his opposition, but not exactly a fight that we’ll be re watching for years to come.