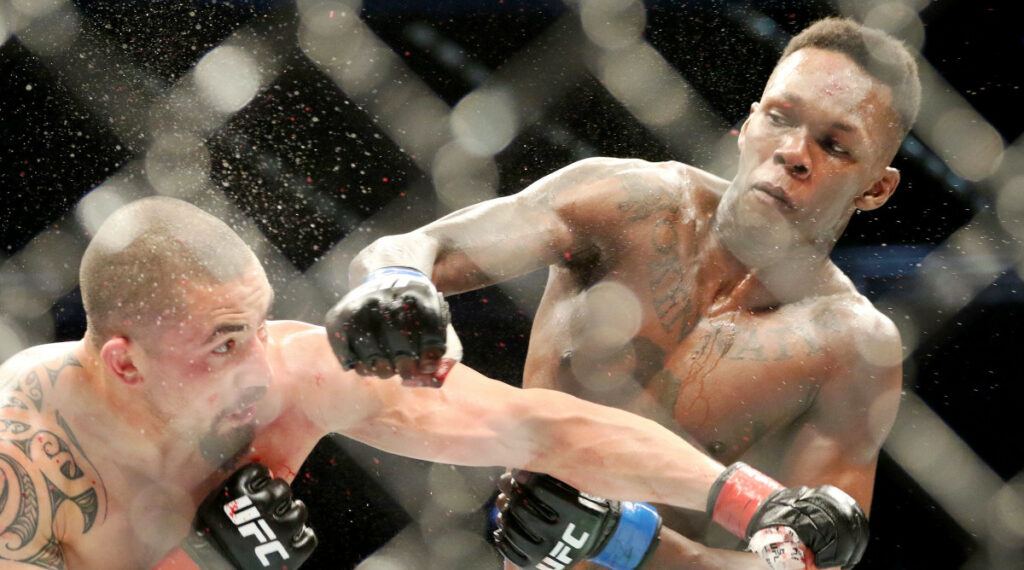 In the first round Whittaker but in some mars shots but Adesanya floored the champ at the end of the round. In the second Adesanya kept landing hard shots and again floored Whittaker then went in the for kill to finish off the fight to win the what I called the Anzac battle.

Whittaker’s run of bad luck unfortunately continues in Australia, as his first two Mainevent fights at 221 in Perth, and 234 in Melbourne (Rod Laver Arena) were called off due to medical emergencies. With this brutal defeat it’s 0-3 for championships fights on home soil for Whittaker.

In fact it was a mixed bag for the Aussies today. Heavyweight Tui Tuivasa, lightweight Jaime Mullarkey and flyweight Nadia Kassem allsuffered losses, while Megan Anderson and Callan Potter had wins for the event.

Here are the full results of the event

But one major positive for the day, once again the audience record that was previously held by the Rousey v Holm event in 2015 has been  smashed with 57127 people packing into Marvel Stadium to witness the event, despite the event going up against the NRL Grand Final day in Sydney. Proving that us Aussies love a good old fashioned fight.