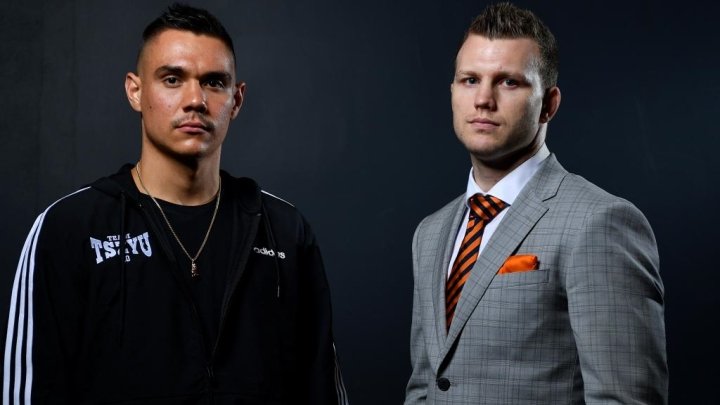 If the promoters of Jeff Horn v Tim Tszyu, namely Dean Lonergan and Matt Rose, want their fight to be the biggest domestic fight since Horn v Mundine, or even bigger, then they are certainly going the wrong way about it.

At the press conference held in Sydney Tuesday morning Australian time, it was announced that the venue for the megafight still is yet to be finalized, with the fight around ten weeks away on April 22.

D & L Events Manager Dean Lonergan said in regards to the venue, that they are waiting to hear back from the respective State Governments namely Queensland, New South Wales, Victoria and Western Australia, to see who will come to the party with sponsorship for the fight. Lonergan said they are hoping to have it finalized within a month. So mid March.

This seems totally crazy and a little unprofessional in my book, to have one of the most important details of the fight not sorted before making a big announcement.  Although six weeks is relatively enough time for fans to plan travel arrangements, to see the fight, two big problems come straight to mind for fans.

First how far do I have to travel and am I going to get accommodation that week. As I said in my five venues article; http://fightview360.com/australia-waits-as-five-venues-battle-to-host-horn-v-tszyu/

Australia is a big country with a very small population for its size. As at last year we just clicked over a population of 25 million, some States in the USA have more than that alone.

Also it’s requires plane travel to get anywhere, especially Perth. The three main Eastern States’ Capital Cities Melbourne, Sydney, Brisbane, are relatively close together with about a hour flight between each. But Perth’s another different story, it’s the equivalent of New York to LA, east to west coast right across the country, and there ain’t nothing but desert in between, and a mighty impressive rock (Uluru)

Here is map of Australia point out the Capital Cities.

Not the best, I know but you can clearly see how far each city is form each other, and that’s not including the regional fans that have to travel to Capital City to fly to other Capital City.

Also the other problem which this fight is that it’s on the same week as Anzac Day (April 25) and most fans will want to go to their respective football Anzac Day games, pending on where the fight is, a lot of travel for that week will be necessary. Also if one of the Eastern States Cities (the most likely venues) is chosen, accomodation may be hard to acquire as with all the Anzac Day activities scheduled for that weekend.

Fans have taken to social media to voice their concerns as to why the venue has not been announced yet, as with no fans there is no fight.

I’m quite puzzled as to why this important detail hasn’t been sorted yet, but if they want the fight to be on the level the promoters want it to be, then they better sort it out and quick.