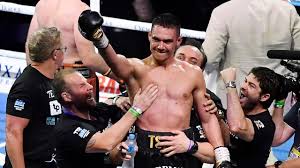 Australian boxing has crowned a new King, and it’s Tim (not the son of Kostya) Tszyu. In what was a hard to watch (especially if your a Horn fan) one sided beat down, current IBF Australiasian and WBO Global Super-Welterweight champ, Tszyu, easily broke down challenger Jeff Horn from the opening bell and picked Horn apart for eight agonising rounds, in their long awaited clash at the Queensland Country Bank Stadium in Townsville, last night (Wednesday August 26).

Rumors have been floating for about a week that something was not right with Jeff, due to his very husky voice, possibly due to an accidental punch in the throat, during sparring. Despite the concerns with his voice, Jeff looked well, but was completely destroyed in the fight.

Horn had no offence to offer Tszyu, as Tszyu,once again used his composure and boxing skill ability to control the fight and made Jeff Horn look as he said in the post-fight press conference ‘silly”. By round 2 Jeff was gassed and looking completely out of it and was knocked down in the third round and took and knee in the sixth, in my opinion that is where it should of ended.

But after another two rounds of Jeff showing great heart to ‘never quit”, as a Queenslander never does, the hope that Jeff would again pull a huge bomb like he did against Michael Zerafa in their second fight was completely gone.

In the corner, at the end of the eight round, Team Horn was saying it was over, with Glenn Rushton asking Jeff if he had “a punch left in him?”, and was possibly going to send Jeff back out there for the dreaded 9th round. But thankfully referee Phil Austin (who by the way did an awesome job on the night) didn’t give Team Horn the chance to send Jeff out there for more punishment and called a stop to the bout. So officially, it was a ref stoppage and not a corner stoppage.

Mainevent commentator Paul Kent, labelled Glenn Rushton’s choice possibly send Horn back out there “embarrassing” and fellow commentators Barry Michael and Jeff Fenech, both stated that the fight should have been stopped earlier.

Now the floodgates open for Tim Tszyu, while Jeff Horn is firmly looking down the barrel of retirement. In my opinion retirement should be solely his decision and Jeff has certainly earned the right to retired, when he wants and on his terms.

As for Tim, the plan is now who is next ? Obviously with covid-19 restrictions, travel outside of Australia might not be that easy, but with the second wave in Australia getting under control, being international talent could be an option. With this there also local talent available, Dennis Hogan and Michael Zerafa.

Dennis Hogan competed against Jaime Munguia in April of 2019, for the WBO Super-Welterweight World title and came away with a controversial loss. In December 2019, Hogan compete for the WBC Middleweight title against Jermall Charlo but was easily defeated in seven rounds.

Michael Zerafa is coming off a loss to Jeff Horn and is set to fight again in Bendigo, Victoria, on November 14, and while not official yet, its heavy rumored to be against Anthony Mundine.

So in a logical sense, Hogan is the smartest choice.

WBO Super-Welterweight Champ Patrick Teixeira, was also mentioned as Tszyu’s next opponent, now that Tim takes Jeff;s #5 ranking, but with Teixeira already signed to fight his mandatory challenger Brain Castano, Tim will have to play the waiting game and have another fight.

At the end of the night, Aussie boxing has a new King , and he name is Tim Tszyu. 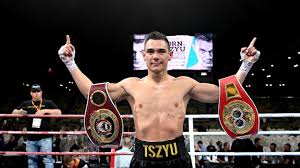