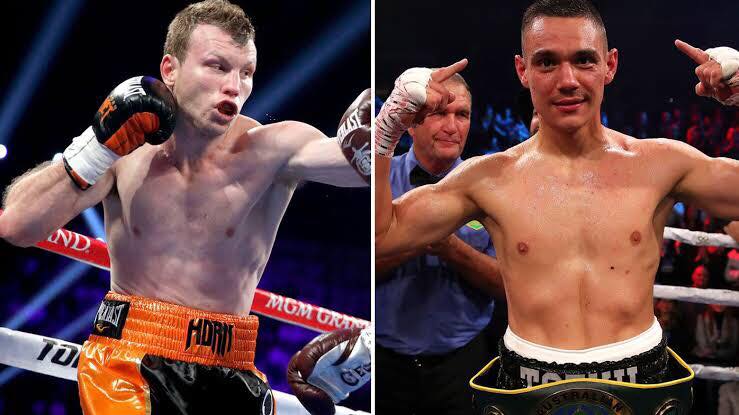 In a surprising development, it’s looks like the bout will be held in Western Australia’s capital city of Perth. Being that Perth is the most isolated capital city in the country and in fact that world distance wise, it’s an interesting choice. Western Australia is the biggest state in the country taking up about 35% of the mainland, but has the smallest population of only a few million. The usual suspects of Brisbane (Queensland), Melbourne (Victoria) and Adelaide (South Australia) are being overlooked for Perth.

Perth’s RAC Arena is the likely venue that will be used for the bout. The RAC Arena is no stranger to combat fight bouts, as UFC 221 was hosted there in February of 2018.

A capacity of 15500 is able to be held at the arena for the fight and almost 13000 attended UFC 221. All that remains now is for the Western Australian government to jump on board and fund the event.

Horn’s manager Glenn Rushton said he hoped the government came on board.

“We’re looking at beaming this back into the US, so obviously that is also a benefit to tourism in WA.”

“It would be a coup for WA to snatch this event off the eastern states,” he said.

“We’re waiting for the West Australian government to come back to us.

“I’ve had a couple of conversations now with (sports) minister Mick Murray, he’s been very helpful.”

“We’ve already got a number of corporate sponsors who are very keen to come on board from Perth.

“The ball is now in their court.”

WA Tourism Minister Paul Papalia and Premier Mark McGowan would have to support the fight in order to get the event – which is likely to feature multiple world title fights – across the line.

Three years ago in a surprise event, Adelaide held the long awaited rematch between Anthony Mundine and Danny Green. The Eastern States of Queensland, New South Wales and Victoria missed out on the rematch as Sydney in New South Wales held the first fight and the rematch was tipped to be in either Sydney or Perth, but both missed out.

Its looks like history will repeat itself with the Easter States again missing out on another huge boxing bout. But being that the east coast states have had more than thier fair share of huge boxing bouts including multiple world title fights featuring Anthony Mundine, Danny Green, Kostya Tszyu and even Jack Johnson v Tommy Burns in Sydney of 1908, it’s time to go west for Aussie boxing.