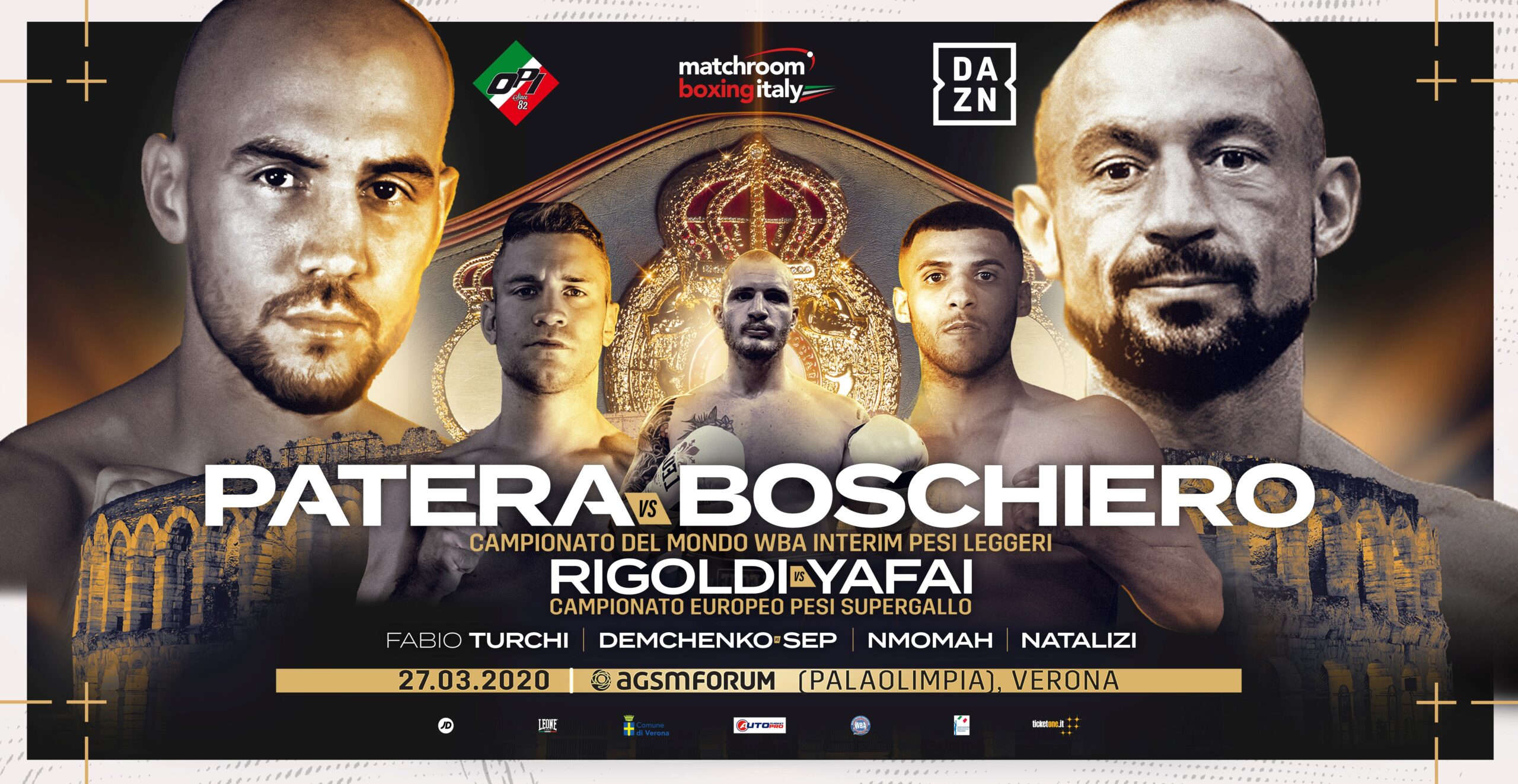 Francesco Patera will face Devis Boschiero for the Interim WBA Lightweight World Title on the same night that Gamal Yafai challenges Luca Rigoldi for the EBU European Super-Bantamweight Title at the AGSM Forum in Verona, Italy on Friday March 27, live on DAZN.

Patera (23-3, 8 KOs) has been in red-hot form since he claimed the Vacant EBU European Lightweight crown against Lewis Ritson on away soil at the Metro Radio Arena in Newcastle back in October 2018.

The 26-year-old has made three successful defences of his title since, outpointing Marvin Petit in Belgium before stopping Paul Hyland Jnr in six rounds at The Allianz Cloud in Milan and most recently earning a unanimous decision against Domenico Valentino in October.

The Birmingham man, younger brother of undefeated WBA Super-Flyweight ruler Kal, can take a huge leap towards a World Title shot of his own should he get past Rigoldi, who is undefeated in 14 fights since March 2016.

Eddie Hearn said: “I’m delighted to promote the first World Title fight on a Matchroom Boxing Italy show as Franceso Patera and Devis Boschiero clash for the Interim WBA Lightweight crown. Patera has gone from strength to strength since beating Lewis Ritson in Newcastle and lands a golden opportunity against the experienced Boschiero. Gamal Yafai steps up to take on local favourite Luca Rigoldi for the European Super-Bantamweight title. Catch it all live on DAZN.”

Christian Cherchi of OPI Since 82 said: “We are proud to deliver a WBA World Title fight to the beautiful city of Verona – the first in a long time. Patera and Boschiero collide in an exciting main event, European Super-Bantamweight Champion Luca Rigoldi looks to impress against mandatory challenger Gamal Yafai and we see the return of Fabio Turchi. This is a must-watch evening on boxing shown live on DAZN.”

Tickets will be available today from ticketone.it