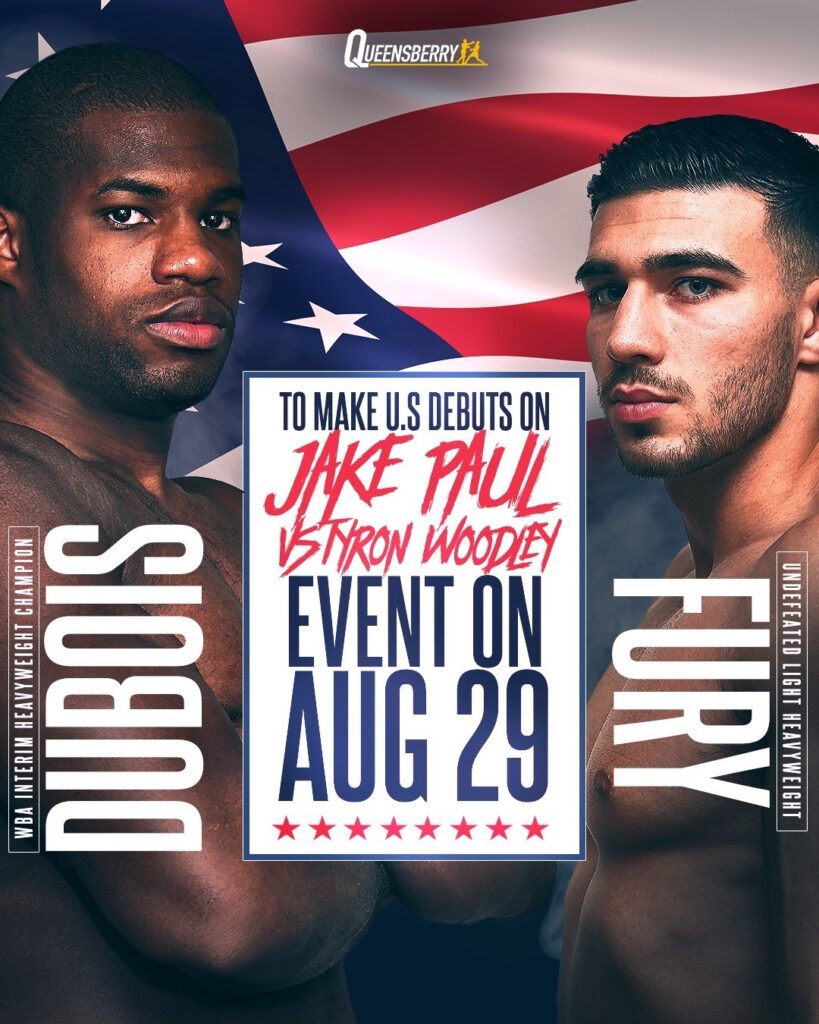 The eight-round cruiserweight battle will take place at Rocket Mortgage FieldHouse in Paul’s hometown of Cleveland, Ohio, and will include an enthralling undercard that will also feature former World Champion Ivan Barancyhk and current WBC/WBO Women’s Featherweight Champion Amanda Serrano.

This will be Paul’s fourth professional boxing bout having previously scored knockout wins against former NBA player Nate Robinson and ex-UFC fighter, Ben Askren. His opponent, Tyron Woodley, is taking part in his first ever professional boxing match after a decorated MMA career that saw him crowned the UFC welterweight championship.

The undercard will see British heavyweight star Daniel Dubois fight on American soil for the first time in his professional career as he takes on Joe Cusumano. Dubois will be looking to build on a sensational knockout performance against Bogdan Dinu in June that saw him capture the WBA Interim Heavyweight Championship.

Hall-Of-Fame Promoter Frank Warren said: “This represents a wonderful opportunity for Daniel and Tommy to increase their recognition in the US. I believe Daniel is the best young Heavyweight in world boxing and that Tommy is primed to prove his boxing ability is of a level befitting his surname.

“These two guarantee explosive performances every time they fight. Another knockout for Daniel moves him closer to a huge fight for the WBA World title held by Trevor Bryan, whilst Tommy’s reward for an exciting performance could well be a future fight with Jake Paul.

“This is a tremendous opportunity for both and I’m delighted to deliver it to them so early in their careers.”

“I am ready now to push on and build on the WBA interim title I won in my last fight. I am thrilled to take the show on the road and look to win the American public over. I am told the American public love heavyweight boxing, so it is time to introduce them to Daniel Dubois.

“I will make sure it is a name they won’t forget in a hurry.”

Light-Heavyweight sensation Tommy Fury said: “It is unbelievable to get the chance to go over to the USA to fight and put on a show. I am grateful for the opportunity and I am definitely going to leave my mark on the American fans.

“American fans can, as always with me, expect a big dirty knockout. That is what I say and that is what I try to bring. I want to put on a masterclass performance and show levels again and show how much I am improving.

“It is another step on my journey to World Titles.”

Content creator turned professional boxer Jake Paul said: “Tyron Woodley is my toughest opponent by far and that’s exactly what I want. He is a legitimate knockout artist. But on August 29, I am going to continue showing the World I am a real problem in the ring and I will KO Tyron.”