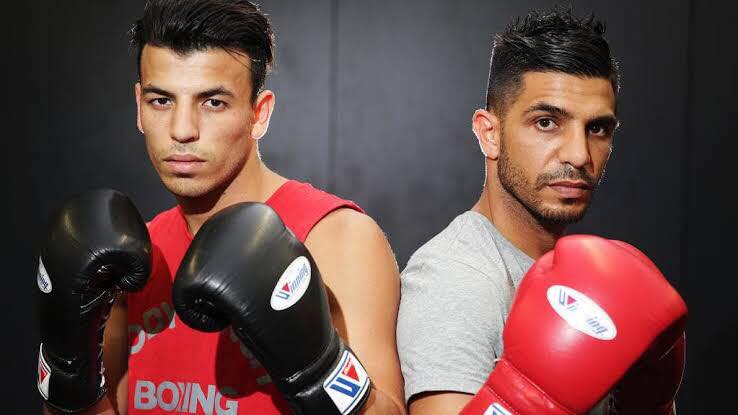 Brothers Billy and Youssef Dib, Daniel Lewis and Lauryn Eagle, have all given themselves an early Xmas present with victories in their fight night event, held at the Entertainment Centre in Hurstville Sydney on Saturday night.

All continued thier winning ways and ended 2019 on a high note as all four look to progress into a bigger and better 2020.

Youssef Dib was the first to gain victory with a knockout victory over Surachet Tongmala from Thailand. Dib’s original opponent Mick Shaw withdrew from the fight.  In an ironic twist, Tongmala fought brother Billy at the same venue earlier this year in April, with a similar knockout loss. Tongmala is now 0 from 2 against the Dib Brothers. Youssef’s record is now 14-0.

Daniel Lewis has continued his undefeated streak by ending Rivo Kundimang’s, now.     (9-1-2). Lewis ended the fight was a knockout victory. The former Australian Super-Welterweight champ has made a very impressive rookie year in 2019. Winning the Australian title in only his third pro fight and making and international debut with a victory all in one year,  is grounds for Lewis to be crowned rookie of the year. Lewis’ record is now 6-0.

Lauryn Eagle (23-4-1) also ended her 2019 well, with a knockout victory over Siriphon Chanbuala from Thailand. Eagle started the year off great with earning the IBA Super-featherweight world title, and hopefully in 2020 Eagle can find a worthy opponent to defend the title. Women’s boxing has been moving in leaps and bounds in 2019 and hopefully we can see Eagle fight on a ppv event next year.

To end the evening’s action, former IBF Featherweight and IBO Super-featherweight world champ Billy Dib, was taken the distance by undefeated Van Thao Tran. This was Dib’s return fight to the Super-featherweight 130lbs division after an unsuccessful bid at Welterweight earlier this year when Dib fought long time mate Amir Khan. Dib was given the unanimous decision victory. Dib’s record is now 46-6.