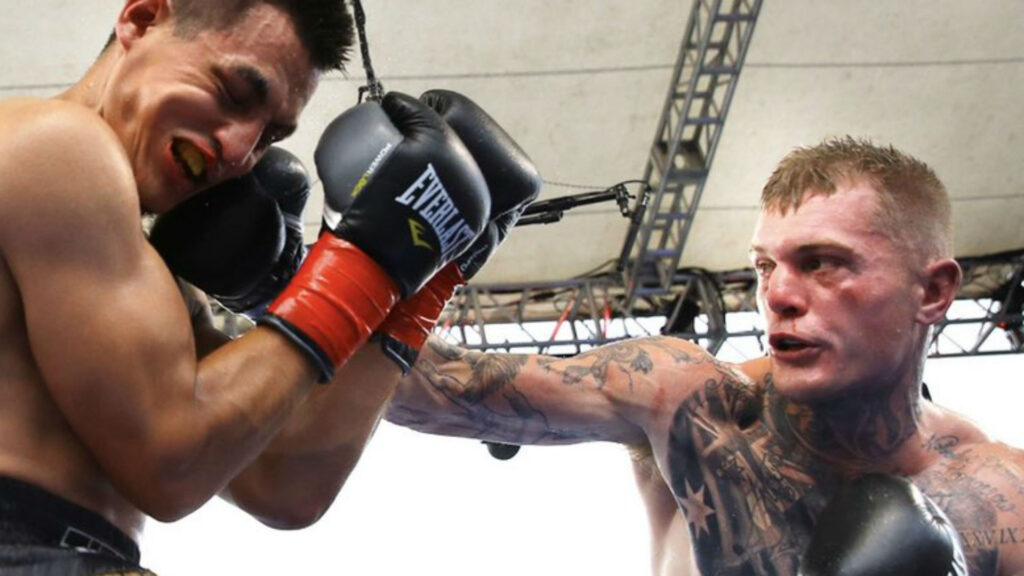 Up and coming Aussie boxer , Daniel Lewis (6-0) 4KOs, is ready for the fight of his career as he appears on the undercard to the biggest rematch in heavyweight history since Holyfield v Lewis in 1999.

While all the focus will be on the Mainevent, the Australian boxing community will be watching Daniel Lewis taking on a literally tall order in Sebastian Fundora (13-0-1) 9Kos. Fundora is the tallest 154lbs Super-Welterweight, standing at 6’ 5”. Lewis who loves bodywork, will certainly have a decent opportunity to use his skills to Fundora’s body during thier fight.

Fundora is coming off a draw against Jamontay Clark, for the WBC Youth Super-Welterweight championship, while Lewis is coming off a second round knockout victory over Rivo Kundimang.

This will be Lewis’ second appearance on a WBC World Title fight, as last year Lewis appeared on the undercard of Berchelt v Sosa for the WBC Super-Featherweight World Title fight in California on November 2.

While things in Australia are focusing on the upcoming fight between Jeff Horn and Tim Tszyu, Lewis is gaining international exposure that most fighters can only dream of, having the opportunity to appear on the biggest fight in the Heavyweight division in over twenty years.

The  fight takes place at the MGM Grand, in Las Vegas, USA, and will be broadcast in Australia on Foxtel’s Mainevent from 1pm Australia Eastern Daylight Savings Time and will open will Lewis v Fundora. The fight will cost Aussies)$49.95