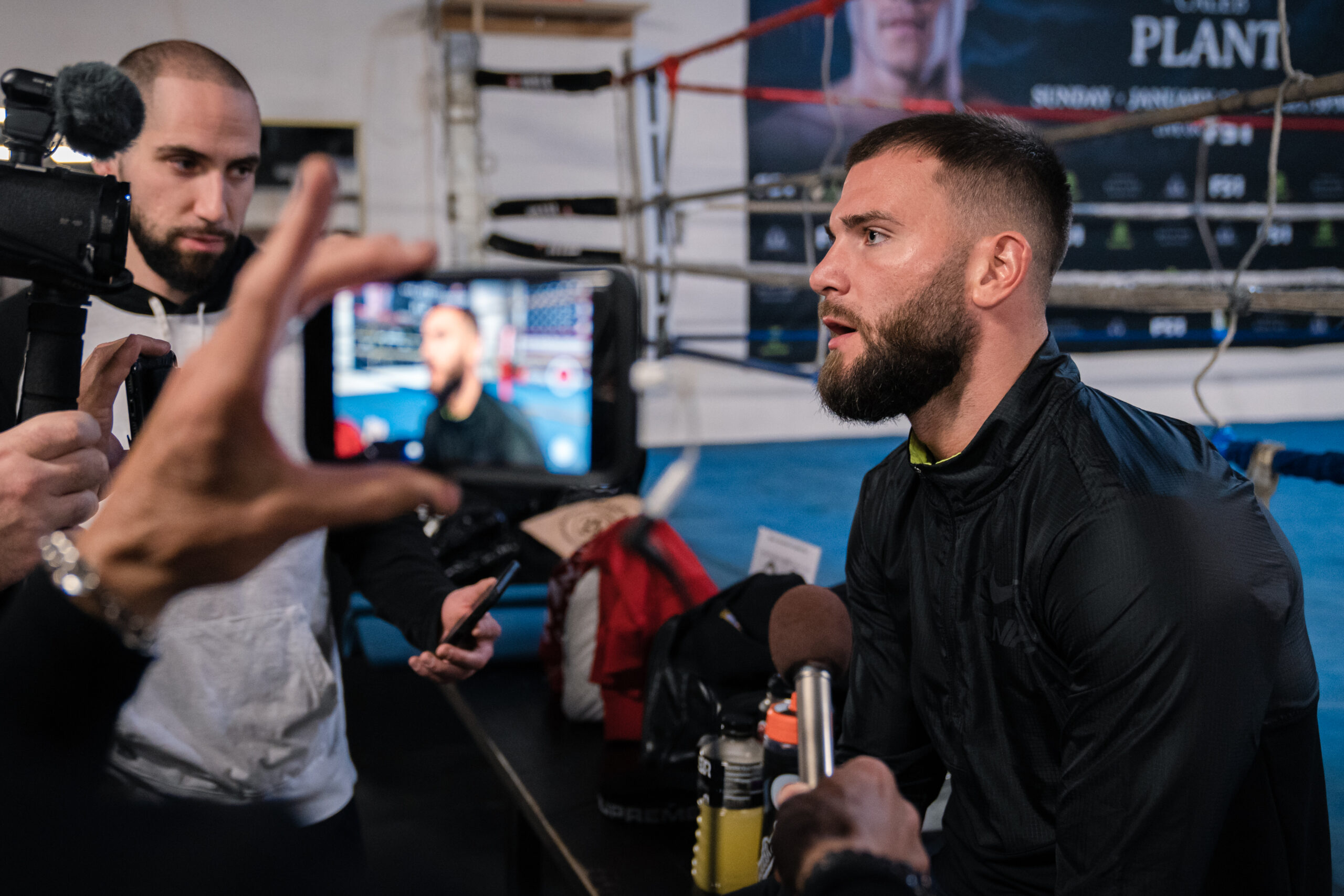 The Ashland City, Tennessee native will make the second defense of his 168-pound title in a homecoming attraction as he fights in his home state for the first time as a pro.

Tickets for the event, which is promoted by Sweethands Promotion, TGB Promotions and Sauerland Promotions, are on sale now and can be purchased at ticketmaster.com.

Here is what the workout participants had to say Wednesday from City Boxing Gym in Las Vegas:

“I feel great. Camp and sparring have been great and my strength and conditioning is spot on. I know everyone says they’re on weight, but if you check my track record, you know that if I tell you I feel good, that probably means it’s going great. We’re just finishing up camp with a bang and ready for February 15.

“Feigenbutz has a good record and a lot of knockouts. He’s been an interim champion before, and that’s more than a lot of top contenders can say. I know he’s coming to take what’s mine and I know this is the biggest moment of his life, but he’s going to fall short.

“Since I was little kid I’ve thought about wanting to bring a world title to the Bridgestone Arena. It’s the biggest venue in the city, so to be headlining there as a world champion, at this point in my career, its huge. I’m going to make the most of it.

“We’ve had some really good sparring for this fight. We brought in Ronald Ellis, who comes from a great boxing family. We’ve worked with a couple guys from Norway as well who are really strong and keep coming forward throwing punches. They’ve made sure that I’m always working in the ring.

“My offense and punching power is probably the best that its’ ever been. My defense and footwork is also just as slick as always. You saw the best Caleb Plant so far against Jose Uzcategui, and you didn’t get to see a whole lot of it, but I was a better Caleb Plant against Mike Lee. Now I’m going to show an even better version of myself on February 15.

“I’m boxing super sharply right now. This is probably the sharpest I’ve been heading into a fight. Even sharper than the Jose Uzcategui or Mike Lee fights. Everything is coming together.

“It’s exciting to be in this position. I feel like my career is right where I want it to be. I’m just taking it one fight at a time. We’re going to get this out of the way, then move on to what’s next.

“This fight is something I pushed for and something my whole team really wanted. Now that I have it, it’s not what I want to focus on. I’m focused on the fight and the task at hand on February 15. I know people are going to want to pull me in a lot of different directions, but I’m focused.

“This is a great gym with a lot of great fighters coming in and out. There are a lot of opportunities for me to get really quality sparring. It’s an exciting atmosphere here and I’m happy to have my camp here in Las Vegas.”

“Camp has been fantastic. The work that we’ve put in for this camp, is more than we’ve put in for any other camp. Caleb hasn’t missed a beat. There have been no hiccups and we’ve been working extra hard.

“We’re always looking into ways that we can improve. We want to continue to evolve. We’re better right now than we were last fight, and last fight we were better than the one before that. We just want to keep going. If we see a place where we might be lacking, we try to address it and get better.

“I feel like we have the best team in boxing. We all work together and we all have the same goal. We bring different experiences and expertise to the table, so we work together well. It’s really a team effort.

“Feigenbutz is a young guy who is big and strong. He’s got good reach and he’s got a lot of experience with a high knockout ratio. We’re expecting to fight a really tough opponent and we’ve prepared accordingly.”
# # #

Viewers can live stream the PBC shows on the FOX Sports and FOX NOW apps or at FOXSports.com. In addition, all programs are available on FOX Sports on SiriusXM channel 83 on satellite radios and on the SiriusXM app.