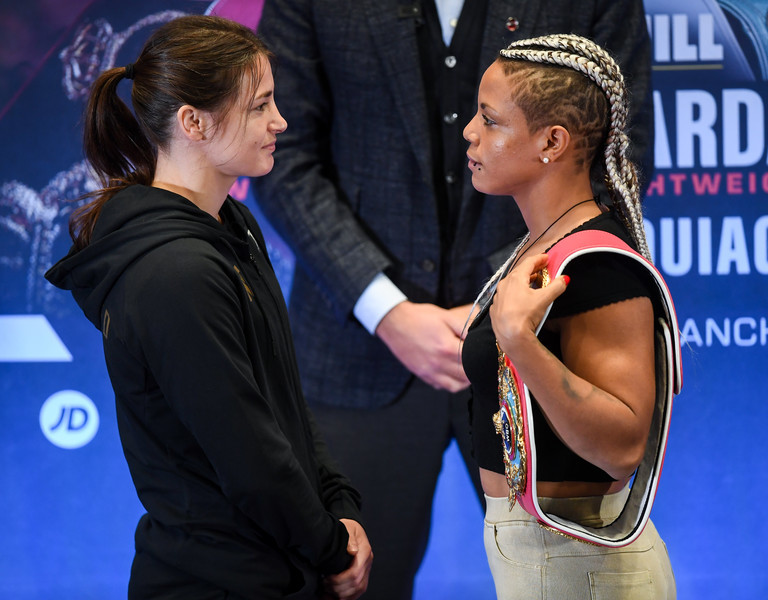 Katie Taylor is making the step up in weight class after dominating the lightweight division by winning every major belt available, but after her last fight in June were she won a controversial decision over Delfine Persoon and she will be in for another tough fight when she comes up against Christina Linardatou. Linardatou has only had two fights at Super Lightweight but she has shown she has the power to stop at this weight and this will be Taylors first fight at Super LightWeight and it is a title fight.

Linardatou has only one loss to her name, and it was against Delfine Persoon who a lot of people think beat Katie Taylor so I feel Taylor has to be on her best form to beat the champion Linardatou.  I have to say Women,s boxing is getting better and better and the Taylor Persoon fight was one of the best I have seen and if this fight is anything like that then we are all in for a treat. If taylor can win this fight she will be going after all the other champions in the division and if she is able to repeat what she done in the lightweight division she will go down in history as the best female fighter ever. 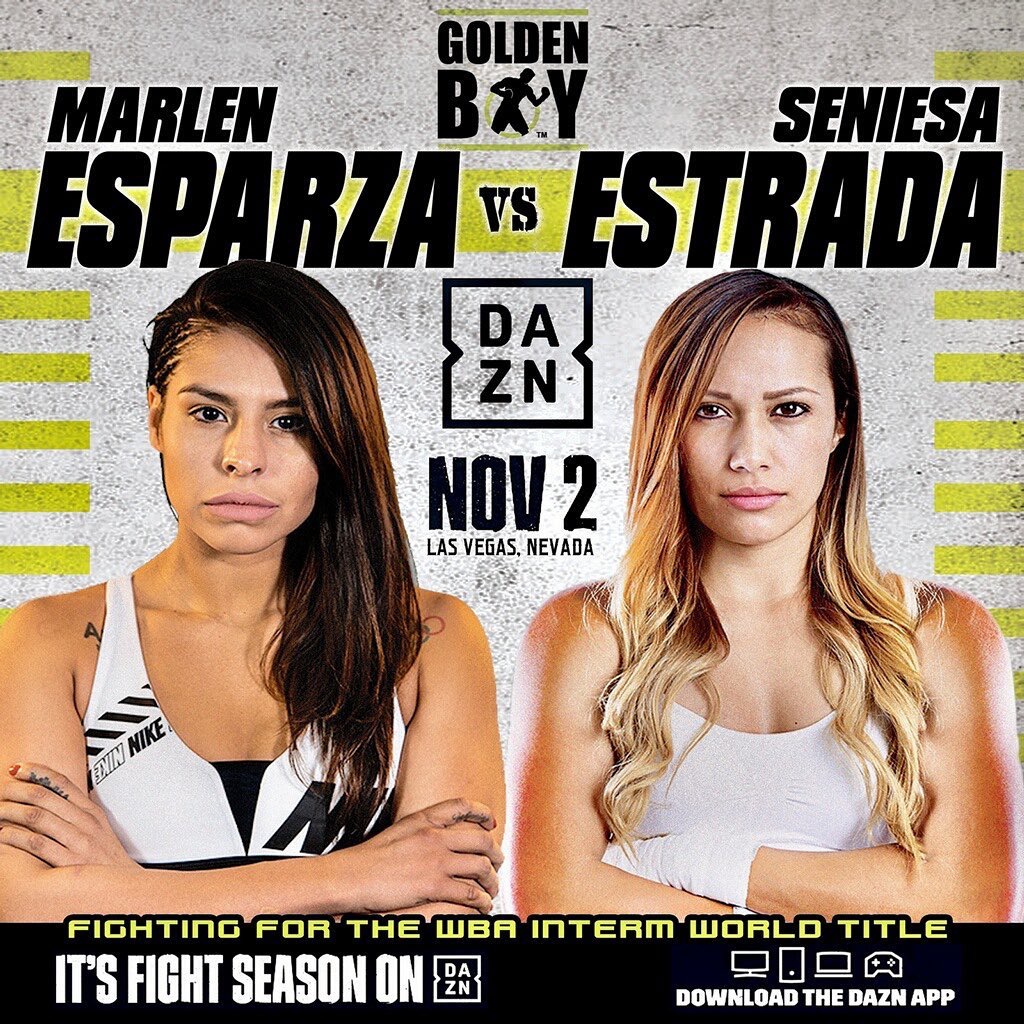 Seniesa Estrada comes into this fight as favourite given the fact she won the WBC Silver belt and she has had more fights, possibly tougher opponents but she has gained valuable experience over seventeen fights where Marlen Esparza has only had seven fights so is still a novice at the Fly weight division as she has only had seven fights and she has yet to fight anyone with a unbeaten record so personally I think this might be a step to far but the great thing about boxing is sometimes the underdog when given a chance can shine.

This is a big weekend for the Womens side of the sport, with bigger fights coming soon.