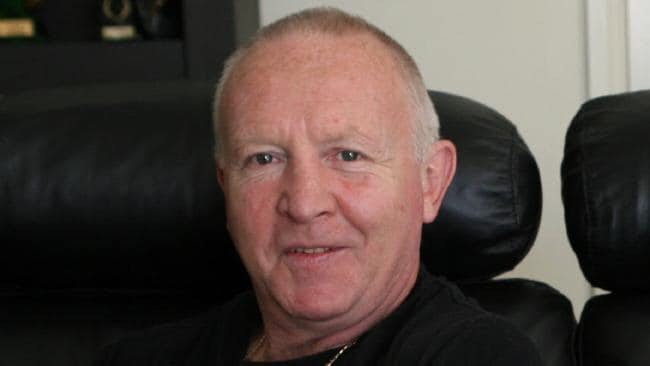 This week I had the absolute pleasure and honour to speak with Australia’s most prominent boxing personalities in Barry Michael.

Barry Michael is a former IBF Super-featherweight World champion, a promoter, trainer, manager, Foxsports commentator, a writer for the Herald Sun Newspaper and a love time lover of the sport of boxing.

His most famous fight, was with Lester Ellis on 12 July 1985, for Ellis’ IBF Super-featherweight World Title at the Festival Hall in Melbourne, has been long citied as the “Fight of the Century”. It has lived in Australian boxing folklore ever since.

Barry told me that the 35th Anniversary of the famous fight is coming up on July and that himself and Team Ellis will be doing something special for that event. When further details are presented, I’ll give the readers an update.

I asked Barry if there had been any fights on a similar level to his bout with Ellis, and asked if the IBO Middleweight World Title fight between Daniel Geale (champ) and Anthony Mundine of 2009 and the epic rematch between Jeff Horn v Michael Zerafa where possible contenders.

“That rematch between Horn v Zerafa was something out of a Rocky movie”.  Michael said. “ Both of them were bleeding like sticked pigs”.

In regards to the referee’s decision to pause the fight to allow the doctor to look at Jeff Horn’s, Michael said; “I would of been filthy I was in Zerafa’s corner as it could potentially cost him the match, but that’s boxing, the ref made the right call”.

But as we known 30 seconds later Zerafa was knocked down by a right hand from Horn.

“In Mundine v Geale 1, I had Choc (Mundine) winning it and was criticised for it. I had a panel of twelve judges and only one gave it to Geale”.  For the record, Mundine won the fight via split decision.

This lead me to ask what was his most significant win and his most heartbreaking loss? Barry responded.

”Til the day I die I’m forever indebted to Lester Ellis, obviously winning the world title but my best performance I think was against Frank Ropis on Ash Wednesday February 16, 1983, and my fight against Al Carter was the pinnacle of my career.

His most heartbreaking loss was when he lost his IBF World Title to Rocky Lockridge in 1987. He retired after this fight.

I then asked what does Barry think of the current state of Australian boxing?

“We are so close to having a revolution in boxing, there are many fighters that could become world champion”

I also talked about the potential upcoming bout between Anthony Mundine and Michael Zerafa, Barry told me that. “I spoke to Michael Zerafa about the Mundine fight and he has given up on that. Mundine should of retired six years ago”.

So thank goodness that fight will not eventuate.

I suggested that if Zerafa wants a decent fight he should pursue one with Dennis Hogan. “That would be a good fight”.   Barry said.

I asked Barry his thoughts on the Hogan v Munguia bout for the WBO Super-Welterweight World Title that happened last April.

“ I haven’t seen the whole fight but from the highlights I have seen, I believe that he (Hogan) was winning the fight”.

I changed the subject to the April 22 fight between Jeff Horn and Tim Tszyu, the latest reports are indicating that it’s down to Brisbane and Townsville and I wanted to know which way he thought the venue selection would go.

“ I would think for a gate point of view it would be Brisbane, put personally I hope it’s in Townsville, so I can go Barramundi fishing for a couple of days afterwards”.

A brilliant Australian answer, we turned the attention to the undercard to talk about the possibility of newly crowned WIBA Super-Flyweight World Champ Susie Ramadan, having a fight on the undercard.

“We had an offer from Western Australia’s Louisa Hawton (Current Interim WBC Minimumweight Women’s Champ) for Susie come down to 48kgs to fight Louisa. I said Susie can’t come down another weight, but we are happy for Susie to defend her Super-Flyweight title, but I’ve got to speak to Dean Lonergan (Jeff Horn’s promoter from D&L events) in the next day or two.”

Barry told me his thoughts on Susie Ramadan; “I’ll tell you now she is a freak, she is 40 years old and she is as good if not better then she has ever been and I believe she can unify that world title”.

Barry also expressed he concern for women boxers and they train just as hard as the men and take the same head and body shots but never get the recognition or payday they deserve.

In regards to a prediction for Horn v Tszyu, Barry said, “It’s a 50/50 fight, if it goes the distance Tszyu could get Horn or Horn via knockout. Horn worse problem is his scar tissue above his eyes, he cuts so easily so it could also be over in a couple of rounds”.

Following this I asked Barry his thoughts on footy players turned boxers.

”Well you got to give someone like Paul Gallen (retired Cronulla Sharks captain) credit, he is never going to be a world champion but he is a serious fighter.  I thought Barry Hall beat him in there fight”.

“It seems a little unfair that many good boxers like Michael Zerafa,  are at the grindstone for a decade and are lucky to make ten grand, but these fighters (Hall v Gallen) are fighting for hundreds of thousands of dollars. But people what to see it so I guess we can’t knock it.”

Finally I asked who Barry thought was his Mount Rushmore, the four most influential Australian boxers that are responsible for what boxing is today.

I would personally like to thank Barry Michael for going me the chance to speak with him, it certainly was a fantastic interview.