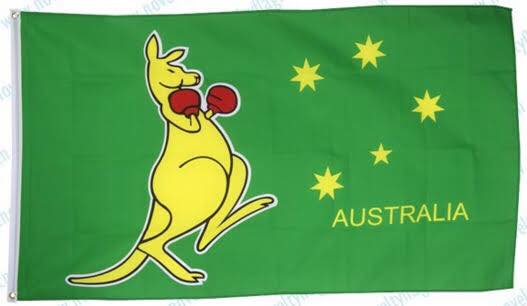 Now the both the footy seasons  (AFL and NRL) are done and dusted for another year, it’s time to ring the boxing bell. Although boxing is an all year sport, only certain months of the year are considered for boxing, well the pay-per view events anyway. May, August and October to January (before the Australian Open in January) is the boxing hot months.

There are already has four major ppv events to be broadcast on Mainevent boxing, lined up for the boxing season, and it starts with one of the most anticipated AFL v NRL bad boy fights in history of both codes.

On November 15, retired AFL’s Bad boy Barry Hall, will make his professional debut against NRL bad boy Paul Gallen (9-0). Gallen is coming off a epic knockout of past NRL bad boy John Hopoate, who Gallen knocked out in two rounds in thier clash in February.

This fight will add to the debate of with code of footy has the toughest players AFL or NRL. The action will be held at the Margaret Court Arena in Melbourne.

For there it’s a battle of combat sports as Anthony Mundine returns to the ring in a “Worlds Collide” bout against Kickboxing world champion John Wayne Parr.

On November 30, at CBUS Stadium on the Gold Coast, three-time world boxing champion Anthony Mundine (48-9) takes on ten- time kickboxing champion John Wayne Parr. Mundine is looking to regain some credibility after his 96 second KO loss to Jeff Horn last year, while Parr is looking to finally gain the mainstream fight that he has been chasing for twenty years.

Then on December 6, at the ICC arena in Sydney, it’s a battle of the young guns, as second generation star, Tim Tszyu (13-0) takes on young upcoming Welterweight and new prospect of legendary boxer Jeff Fenech, Jack Brubaker (16-2-2). Tszyu will put his WBO Global and IBF Australiasian Super-Welterweight titles on the  line, and the fight will spark and old rivalry between Tszyu’s father Kostya and Brubaker’s trainer Fenech. Fenech was recently hospitalised in Thailand following a battle with pneumonia.

To close out the four events and possibly the year will be the rematch between Jeff Horn and Michael Zerafa. Zerafa’s shock knockout of Horn in August, not only shocked the Aussie boxing community but bought calls for Horn’s retirement but cemented Zerafa place as a legit contender in boxing. This will be the pick of the bunch in my opinion as the rematch is seen as a person battle as Zerafa feels that Horn exercising his right to rematch is stopping his for obtaining a world title shot, while Horn is looking for redemption to clean the slate. The fight’s arena hasn’t be announced yet but the fight is expected to be  held on around the 14th of December.

Overseas fights are also happening in this time with Blake Caparello and Kane Watts getting world title fights to add more excitement to the season.

It going to be a great Aussie boxing season.