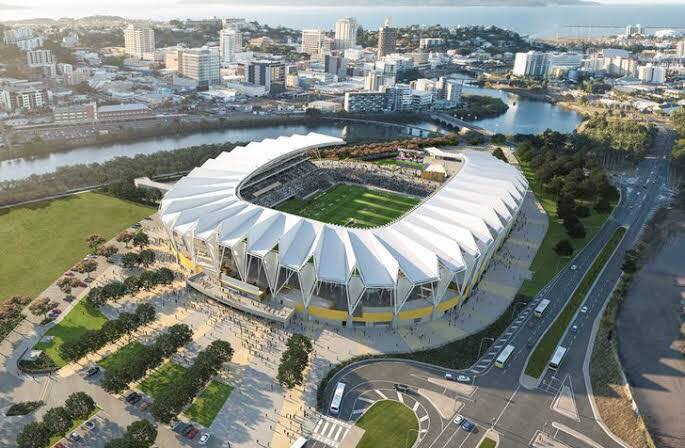 Before Jeff Horn enters the ring, to battle Tim Tszyu for the bragging rights for ultimate supremacy in Australian boxing,  an out of the ring battle emerges. A battle of what venue will host the biggest domestic battle for 2020. So here is list of the contenders, and they have to offer.

The front runner for the event is no stranger to big fight events. It held the rematch between Jeff Horn and Michael Zerafa last year and numerous others, including Mundine v Parr and Horn v Corcoran.

With a capacity of only 8000, it would be selling the fans short of they choose this venue. A fight this big should be in a stadium like Mundine v Green 1 and 2.  This is Horn’s number one pick to host the fight.

This new stadium can accommodate 30000 fans to witness the fight live, with more able to fit on the actual football field. Obviously at the mercy of Mother Nature as an outdoor stadium, it’s Tim Tszyu’s pick where he wants the fight.

This newly completed stadium is hosting an Elton John concert on the 29th of this month. So if it can host one of the best singers in history, why not a massive fight night. The new home stadium for the North Queensland Cowboys holds 30000 people and would be an interesting choice to host this fight. Being in April, the weather is perfect in North Queensland. It would be great for me, as I could visit all my mates back in Townsville. Horn would still have the home state advantage.

At one point this was to be believed to be the host venue. A completey neutral location and great coup for Western Australia. It is also the intention of Horn’s trainer Glenn Rushton to acquire WBC interim Minimumweight champ Louisa ‘Bang Bang’ Hawton for a title defence on the undercard. As Hawton is a Perth girl, it would not be hard to get her to fight in front of a hometown crowd.  The stadium can hold 15,500 people and has played host to UFC 221 in 2018. As it’s on the opposite side of the country from all the other Eastern Coast States choices, a time difference for East Coast fans could be a factor.

This is the dark horse of the contenders as it the smallest capacity of the five contenders. Only 7500 people can fit into the stadium at Melbourne Park, Rod Laver Arena that can hold double the capacity has also been named as a contender. The venue hosted ‘The Code War ‘ between NRL’s Paul Gallen and AFL’s Barry Hall last November, and it’s interesting choice for this event. It’s the easiest one for me as it only an hour and half drive for my house.

All of these venues have been in contact with the promoters including the relevant State Governments to acquire the fight, all battling against each for thier own bragging rights.

In my opinion, I think that only a Stadium is big enough to hold an event like this, so that as many people can witness it as possible. If I was to pick a venue I’d have it at the new Townsville stadium. A little bias as I lived there during my military service, but it’s the biggest stadium available and a neutral location for both fighters. Plus the mid-week date would not effect the weekend NRL games. It’s Anzac Day weekend that weekend and the Cowboys are playing the Bulldogs, so it’s  a great reason to enjoy a week in Townsville.

Many have turned to social media in frustration as the venue hasn’t be named as to make travel arrangements, but for now Australia continues to play the waiting game.