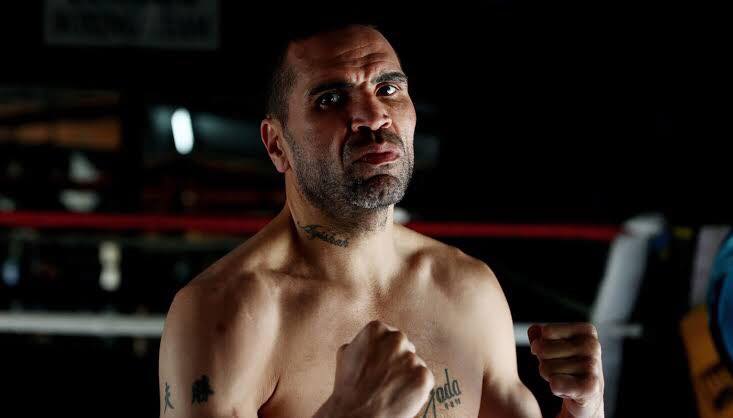 There is little doubt that Anthony Mundine is Australia’s most polarising sporting figures over the last twenty years. In 1999 Mundine was playing professional Rugby League for the St George Illawarra Dragons in the National Rugby League.  At the time Mundine was the highest paid player in the competition, earning over 600,000 dollars a year. But despite making the grand final in 1999 and already winning the Super League competition in 1997 with the Brisbane Broncos, Mundine shocked the country in April of 2000 only a few weeks into the new season, with an announcement that he was moving to boxing. The media storm that was created was unlike anything seen before, no one could figure out why Mundine would switch to boxing.

Mundine’s father Tony Mundine was one Australia’s best boxers to never win a world title, Mundine wanted to follow in his father’s footsteps. Mundine spoke to his father about the switch to boxing and in the documentary “Gloves off” it explains how Tony said to Anthony “Why go to boxing, it’s on life support” Anthony replied “If it’s on life support I’ll give it mouth to mouth”.

In the late 90’s boxing in this country was pretty much dead, the greats like Jeff Fenech, Lester Ellis, Jeff Harding and Barry Micheal were long since retired and despite Kostya Tszyu’s career being full swing as a world champion, Tszyu fights were mostly overseas and no big domestic fights were happening. The biggest fight in Australia at the time was Jeff Fenech v Azmah Nelson rematch in 1992.

In July of 2000, Mundine stepped into the ring in the most televised boxing debut in Australian history, it would lead to the biggest published career’s in Australian boxing history. Over the next nineteen years and 58 fights, Mundine would change the face of boxing from a small article in the sports section, to world media front page news.

Mundine was already a know motor mouth and not afraid to tell you that he is the best thing since sliced bread. In retrospect became Australia’s version of Muhammad Ali. His talking ability, conversion to Islam, and getting the public on the wrong side showed shades of the great Ali. Nowhere near as flamboyant, well known world wide or the boxing ability as Ali, but still he became Australia’s biggest sports personality.

Mundine has had a wonderful career, in achieving many things that most boxers only can dream of. Three world titles, numerous regional and international titles across three divisions, and one half of the biggest domestic fight in Australia’s history. Along with this taking the sport of boxing to unseen heights, taking boxing articles in newspapers from side articles in the sport section to front page headlining news.

In May of 2006, Mundine and long time rival Danny Green after nearly five years of baiting each other like a couple of high school boys (well not my high school, they would of beaten the daylights out of each other that day-Go North Rocky High!) and even co-headlining an event in December of 2005, the pair finally got into the ring in May of 2006. It was the biggest domestic fight since Ellis v Michael in 1985 for the IBF Super-featherweight title.

The fight broke and set all records, the previous crowd attendance record of 29000 plus, that witness Fenech v Nelson 2 was smashed as over 33000 people packed in ANZ Stadium where Mundine used to play for the NRL. It set the record for ppv buys and record that still stands today. Mundine dominated the fight and won the fight via unanimous decision.

An immediate rematch was discussed but it would take almost 11 more years before the pair would meet again. In 2017 the pair would fight for Green’s Australian Cruiserweight title with Green winning the bout via unanimous decision.

In 2009, on the same night, Mundine would again bring a new name to Australian boxing (Daniel Geale) and start a new trend, turning footy players into boxers.

On that night in May 2009, Mundine took on little known Australian fighter and current IBO Middleweight champion Daniel Geale, while former NRL player and current All Blacks (New Zealand Rugby Union) player Sonny Bill Williams would become a triple treat sportstar by debuting in boxing. In what was easily the fight of the decade and in my opinion the best Aussie v Aussie for a world title, Mundine and Geale put on the battle of the decade with Mundine getting the split decision to become a multi division champion. Williams also won his fight and remains undefeated in seven fights.

As well as bringing names like Sam Soliman, Daniel Geale, Garth Wood, Danny Green and Jeff Horn and Tommy Browne into the mainstream for boxers, Mundine is responsible either directly or indirectly encouraging NRL, Union and AFL players, like Paul Gallen, Soliman Hummao, John Hopoate, Quade Cooper and Justin Hodges, take up boxing in their respective off seasons or after retirement. If not for Mundine celebrity and previous NRL career, events like the recent “Code War” fight between AFL’s Barry Hall and NRL Paul Gallen, would never of happened. (the jury is still out on whether that’s a good thing or not).

Along with this Mundine is somewhat of a good luck charm for his fellow boxers, as Soliman (IBF Middleweight) Green (WBA Light-Heavyweight), Geale (IBF and WBA middleweight)  and Browne (WBF Super-Welterweight) all became world champions after being defeated by Mundine.

Some of Mundine’s best fights would include the two mentioned above, his first attempt to become a world champion with his fight with Sven Ottke for his IBF Super-middleweight title in 2001. Despite being kod Ottke still rates Mundine as one of the toughest opponents of his career,  as well as his second fight with Sam Soliman in 2007 were he regained his WBA Super-middleweight, his 2013 bout with Shane Mosley and his 2014 WBC Silver Super-Welterweight championship fight with Sergey Rachencko.

Even his most recent bout this weekend with ten time kickboxing champ John Wayne Parr was a decent way to enter into retirement.

Last year after Mundine 96 second passing of the torch knockout loss to Jeff Horn, many were concerned that boxing would again slowly die with only Horn the only know name to fill the void. But with names like Dennis Hogan, second generation start Tim Tszyu, Michael Zerafa and Horn himself, Australian boxing is in great hands for the next generation.

Never before and never again will there be an athlete like Anthony Mundine. 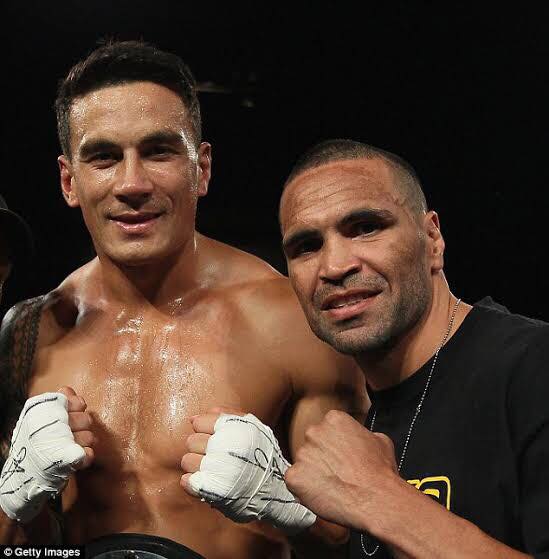